As a huge fan of the Cormoran Strike series, I’ve been particularly enjoying the interview clips shared in the Robert Galbraith newsletters and on the Twitter account. Any insights from J.K. Rowling on these characters and books have my complete and full attention. However, one of the newer clips particularly piqued my interest when she explained that the inspiration for The Cuckoo’s Calling came from a real life murder investigation. 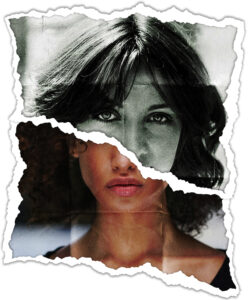 Here’s a transcript of the question and answer:

Q: In the first Strike novel, The Cuckoo’s Calling, what inspired the ‘cuckoo’ element of the storyline – i.e. Lula’s adoption and the resentment this then causes between her and her adoptive siblings?

A: “The inspiration for that first book, actually came from a real-life case. The trouble is if people haven’t read the book and I say what that case was, I’ve ruined the plot for them. So I have to be a little bit cryptic there. But The Cuckoo had several different meaning, it’s a herald of spring and it, and the murder victim was someone who died very young, there is the idea of disruption in the nest of course. But also of being crazy and everyone was willing to believe that this young woman had killed herself because she had had mental health problems. So it’s easy to dismiss people if they’ve got that kind of history.”

While I can appreciate her need to be cryptic, my lifelong interest in true crime, coupled with my obsessive need to know everything about Strike, led me straight to Google. With no other place to start, I began by searching, “woman killed by adopted brother.” I was surprised at the number of results, and suspected that it might be difficult to find a case that matched closely with The Cuckoo’s Calling. There are, unfortunately, a lot of results regarding homicide and adoption, like the sad case of David Polreis whose adopted mother was convicted of causing his death, or the case of Chakaya Brittney Folborg who was convicted of murdering her adopted sister. However, none of those results really seemed to fit with Lula Landry, until I came across one name:

Sheila Caffell, a woman who was murdered in August of 1985 by her adopted brother, Jeremy Bamber.

Could Sheila Caffell be the inspiration for Lula Landry’s murder? It certainly seemed possible, but before getting to the similarities, there is one major difference between Sheila and Lula’s murder: Sheila Caffell was shot and killed along with her adoptive parents, Nevill and June Bamber, and her six-year-old twin sons, Daniel and Nicholas. While we know that our fictional killer, John Bristow, had more victims than just his adopted sister, Lula’s friend Rochelle, and brother Charlie, those killings didn’t take place all together and certainly didn’t amount to the violent and horrific scene that took place in this real life tragedy.

Now for the aspects of the case that strike me (no pun intended) as very similar to The Cuckoo’s Calling: first and foremost, Sheila Caffell was adopted as an infant, and later worked as a model. Her modelling career didn’t take off in the same way that Lula’s did, but she did briefly work with a modelling agency, which took her to work in Tokyo for a couple months. Also like Lula, Sheila had a history of mental illness, including hospital stays and a diagnosis of schizophrenia. The initial ruling in the investigation was that Sheila had been responsible for the murders of her adoptive parents and twins before turning the gun on herself. The scene had been staged to look like a murder/suicide and everyone, including the police, believed this theory because of her history with mental illness. Sound familiar?

“But the police and the coroner couldn’t see past the girl who had a history of poor mental health.”
The Cuckoo’s Calling, Part 1, Chapter 3

Sheila’s parents, Nevill and June Bamber were unable to have biological children and adopted Sheila when she was just three months old. The daughter of a senior chaplain to the Archbishop of Canterbury was forced to give up Sheila two weeks after giving birth. Jeremy was adopted later at six months, the son of a vicar’s daughter. Just like The Cuckoo’s Calling, neither Sheila nor Jeremy were biologically related to each other. The Bambers were well off financially and were able to provide their children with a nice house and a good education, but it was said that both children had somewhat strained relationships with their mother, who was overly religious and had expectations that her children and grandchildren fall in line with her beliefs. She even was said to have referred to Sheila as “the devil’s child.”

“She did seem a bit down, a bit distracted, but I just put it down to having seen her mum. They had a weird relationship. Lady Bristow was, like, really overprotective and possessive. Looly found it, you know, a bit claustrophobic.”
The Cuckoo’s Calling, Part 4, Chapter 7

The police investigation was said to have been handled poorly, and it wasn’t until new evidence was found, and Jeremy’s girlfriend changed her statement to police, that the investigation started to turn towards Sheila’s brother.  According to Jeremy’s girlfriend, he had once made the statement, “I’m not going to share my money with my sister.” and also told her that he wished he could “get rid of them all.” John Bristow’s girlfriend, Alison, also helped conceal information.

“What effect do you think it’s going to have in court, John, when Alison takes the stand and tells the jury how you asked her to lie for you?…A couple of dates later, you persuaded her to say she saw you at the office on the morning before Lula died.”
The Cuckoo’s Calling, Part 5, Chapter 2

We also know that Lula’s money was a huge motivation for Bristow:

“…but on the other hand, she knew that there was a will that would deprive you of your inheritance, and your number one objective was to keep that will quiet while you tried to find and destroy it.”
The Cuckoo’s Calling, Part 5, Chapter 2

It’s probably safe to assume that J.K. Rowling would have known about this case since it received a lot of media attention and was even turned into a TV series called White House Farm, which was released in January of 2020.  Unless she identifies this as the case that inspired The Cuckoo’s Calling, we may never know, but Sheila Caffell’s murder hits a lot of key points: a model with a history of mental illness commits suicide, when in reality, her murder is staged by a cold-blooded killer she called brother.

Linsday collaborates with StrikeFans and is a co-host of The Strike and Ellacott Files, a podcast about the Strike Books. You can follow her on Twitter too.

You are reading an article from The Rowling Library Magazine Issue 53 (May 2021).
Download the magazine to read all the articles, and if you like it, you can support us to help us create more content like this.