Can you introduce yourself to our readers? Where are you from, how old are you, and what’s your background?

My name is Bianca, I am from Brazil and I’m 25 years old. I graduated in Visual Arts two years ago and I draw about the universe of Harry Potter as a passionate hobby while working full time with design and marketing. I don’t only draw Harry Potter, I have original artworks related to concept art and learning about its principles eventually helped me to develop the characters of Harry Potter as I do nowadays.

Why did you start doing Harry Potter fanart? What attracted you to the series?

I started creating Harry Potter fanart when I was 14, after the 7th book. Even though I love the books, I want to see more about the story, it’s a whole universe with room for imagination, especially after the epilogue. “19 years later” can give us incredible stories. When I discovered that fans were creating artwork, I decided to try it myself. I got attracted to this series after watching the first two movies and I had heard many people around me discussing them. I wasn’t at all a reader when I was 11 years old, but I got so curious about the third movie (which was about to be released) that I tried to read Prisoner of Azkaban first. I loved it! The characters, the settings, the prospect of seeing them grow up; the magic all described with words, giving me things to imagine. It also opened doors for me to read other great books, which helped me to get better at school, at reading and writing, so that’s one of the reasons Harry Potter has a positive impact in my life. 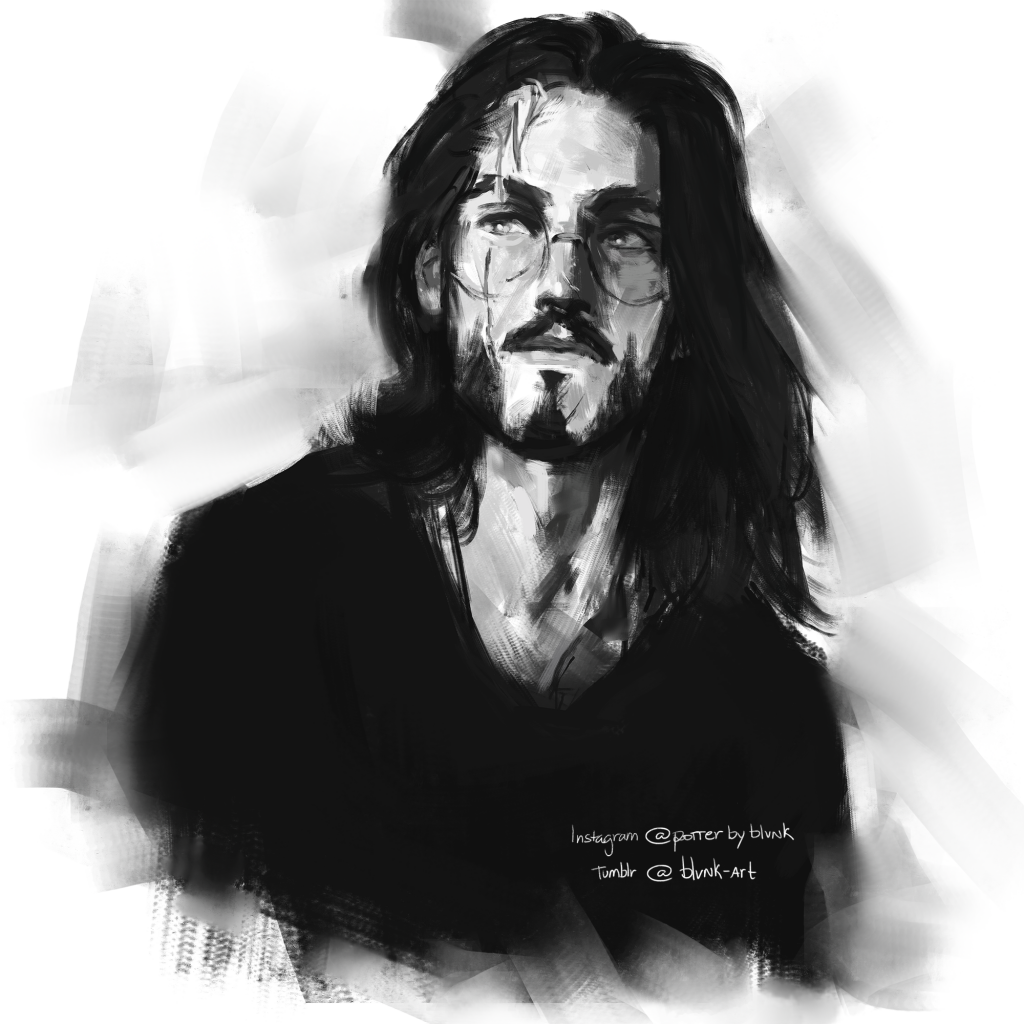 Your artwork is different because you create fanart from the future, drawing adult versions of the characters. Why did you start doing that?

On Harry’s birthday in 2016, I drew a concept of him grown-up, showing his current age in 2016. I had been in the fandom for many years and I rarely saw fanart of adult Harry so I thought “why not?”. I painted more of him, developing his concept. It was only in 2017 that I had the idea to create a series of black and white sketches to show his normal – not so normal sometimes – life as an auror. With time, I developed more characters’ design. I couldn’t show Harry’s life without anyone around him. Eventually I developed the Marauders too, showing a bit of his parents’ lives. I think the reason I love drawing them as adults is because I grew up and I can relate to the characters when they are about my age or older. I can keep showing my love for the books even after many years. I also thought that it was a new concept to explore in the fandom and I was very excited to keep exploring my ideas.

How is the creative process to do that? Because although the characters are from the books, the context or physic features are entirely developed by you.

I find my inspirations for their designs in sites that have photographs of different people, actors and actresses. Drawing almost everyday and keeping it consistent helps me develop the character’s design. But the most important process for me is to develop their personalities. I do it by reading a lot about the characters even beyond the books, with fandom’s help. The more I draw them, the more I feel like I connect with them. 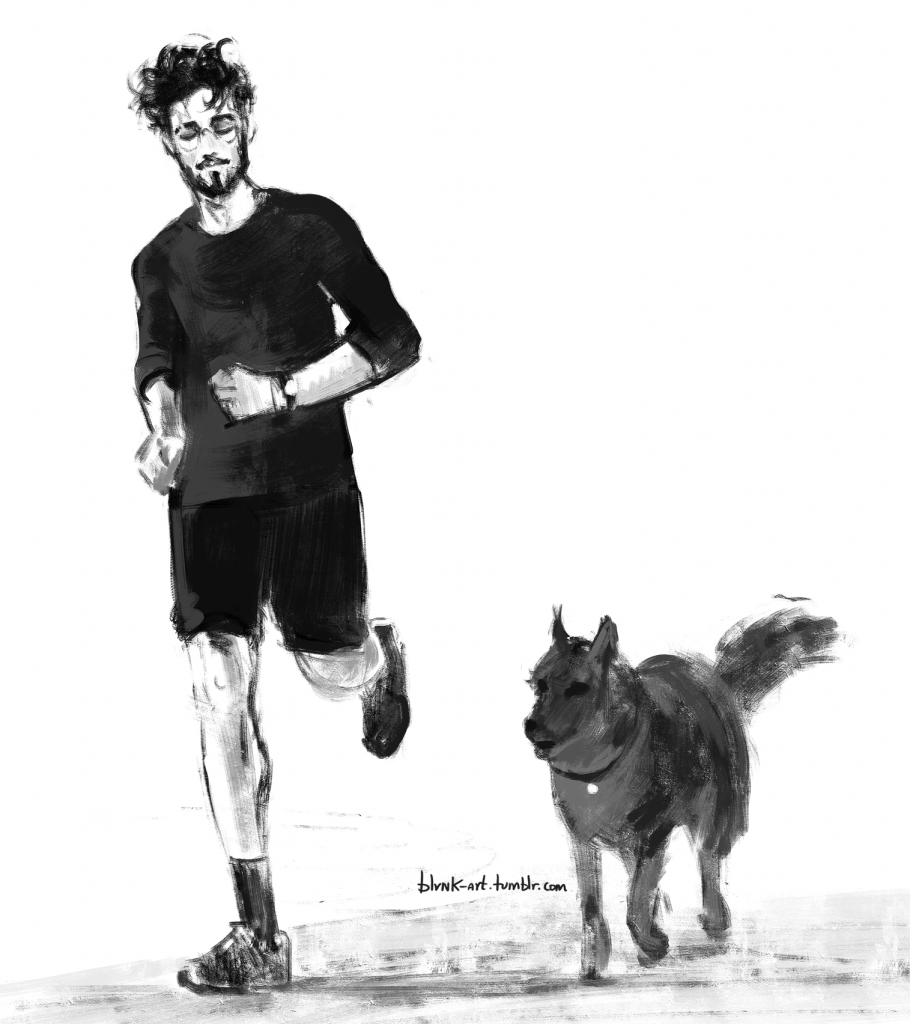 What’s the technique used? Do you illustrate digitally?

I draw in black and white, digitally. It was important for me to draw almost everyday and sometimes a sketch takes me minutes instead of hours. Sketching is a good way to show ideas by being practical and saving a lot of time, especially because I do this as a hobby. But more than a hobby, this series is a personal project and I tried to use the best of my free time to practice my drawings and narrative.

What do you use for inspiration?

Aside from Harry Potter, my inspirations are storyboards of any kind of movies. I based the concept of this series as artists create storyboard for scenes before a movie or tv show is made: by sketching.

What’s the feedback you have received for these illustrations?

Initially I didn’t think the idea of Auror Harry with a hipster look would get far beyond my circle of friends, but it was incredible to see that this personal fan project got the attention of more people, people from different countries. I see my art being shared and discussed, the comics translated to different languages and talented people cosplaying the characters the way I draw them. It’s so amazing and I feel grateful. It’s fuel to keep myself drawing and sharing my art and ideas to more people interested about them. 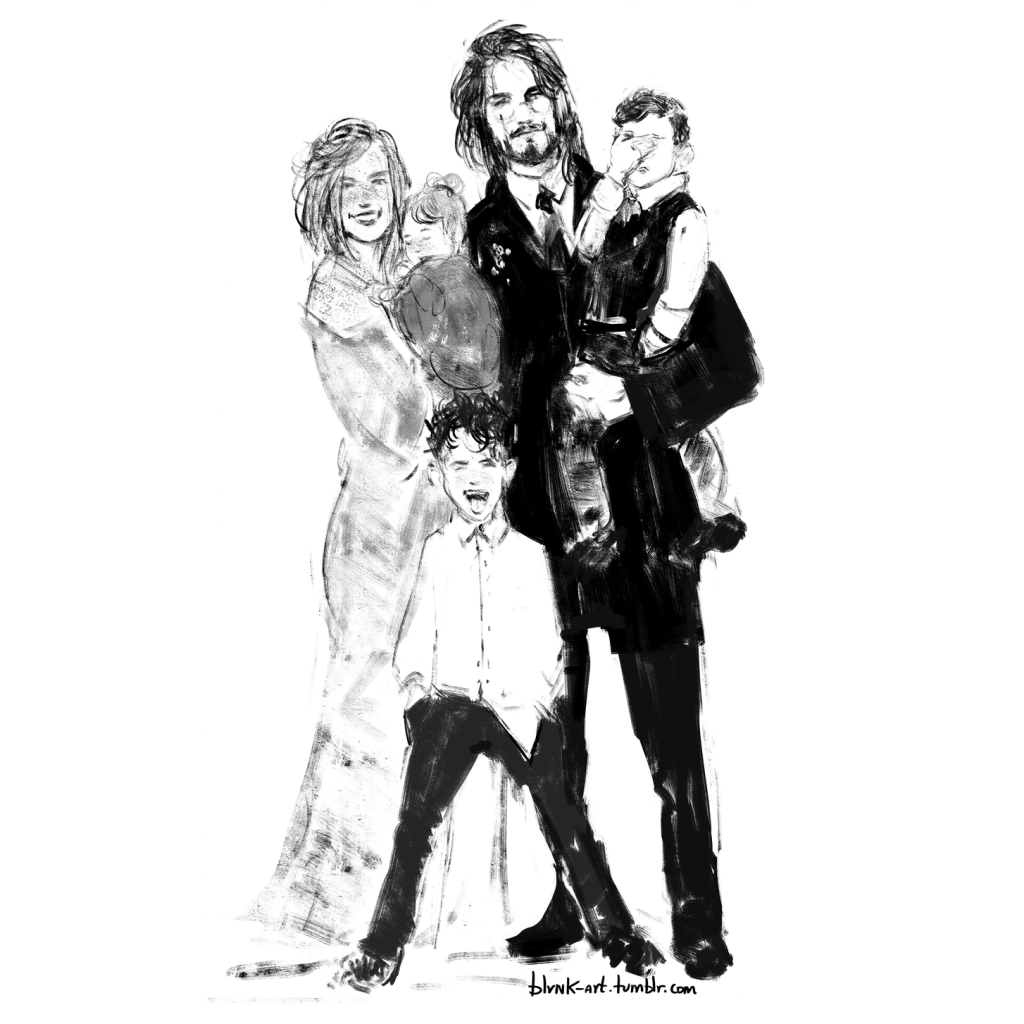 What are your plans for the future? Keep doing adult version of Harry Potter or something different?

I intend to keep the initial idea: drawing almost everyday, showing Harry’s life. I have the intention to develop more characters in order to, one day, be able to illustrate as many canon scenes as I can. My most important plan is to still have fun!

In which social networks can our readers find your creations?

You are reading an article from The Rowling Library Magazine Issue 27 (March 2019).
Download the magazine to read all the articles, and if you like it, you can support us to help us create more content like this.

« Deleted scenes from Fantastic Beasts: The Crimes of Grindelwald
The Woman Who Did It »