Harry Potter and the Cursed Child – Part 1 & 2 arrived on Broadway and it seems it has some changes from its London version. The fans who were lucky enough to see both shows (the American and the European version) noticed a few differences. The most interesting report notes that, in Broadway, Harry Potter, played by Jamie Parker, says that “Delphi is the ultimate Horcrux”. Is that possible, and how does it affect the original story?

One of the main key moments from the seven Harry Potter books was when Voldemort discovers that Harry Potter is something similar to a Horcrux himself. Why? Because that means that Voldemort’s soul wasn’t split in seven parts, as he had planned, but in eight parts – with Harry being the sixth Horcrux (remember that later Voldemort created another Horcrux, Nagini). That was one of the main reasons that allowed Harry Potter to defeat Lord Voldemort. It is also a connection between the night that Tom Riddle killed Harry’s parents and tried to kill the baby too, and the final battle. The accident which created another Horcrux, without Voldemort knowing, is a crucial part in the intricate puzzle that J.K. Rowling developed in the whole arc. 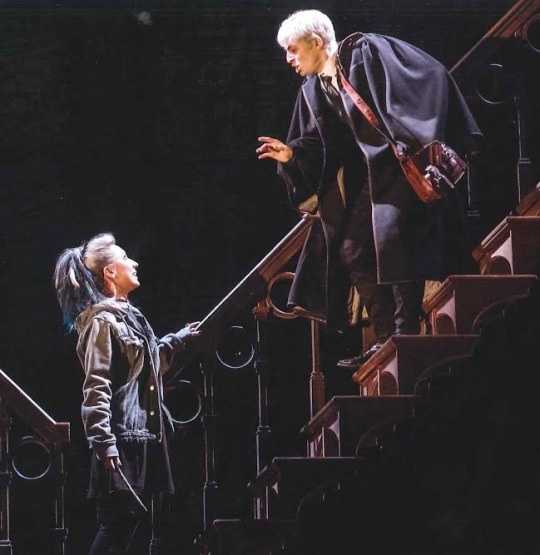 The existence of another Horcrux, which Delphi seems to be, makes that puzzle pointless. Therefore, the symbolism behind number seven isn’t important anymore and part of the plot of the sixth book loses its meaning. Why was it relevant then that young Tom Riddle would seek Slughorn to obtain information about the practice of splitting one’s soul?

But even if Delphi being a Horcrux would discard everything the sixth book, that fact that she could be a proper one would actually expand the knowledge on the Dark Art of making horcruxes. Rowling mentioned this topic several times but she never specified the exact steps into how wizards and witches split their souls and “deposit” one of these parts in another object. “I see it as a series of things you would have to do. So you would have to perform a spell. But you would also– I don’t even know if I want to say it out loud, I know that sounds funny. But I did really think it through. There are two things that I think are too horrible, actually, to go into detail about” she said, referring to the creation of a Horcrux and also about how Pettigrew brought Voldemort back into a body, and then she adds: “Because Voldemort never went through the grotesque process that I imagined [he] creates a Horcrux with Harry”, making it clear that the process is not something that she feels comfortable talking about.

What happened that made Delphi an unexpected Horcrux? One theory is that Voldemort raped Bellatrix – an act against nature that ripped the unestable portion of soul that remained in Voldemort’s body at that moment. In this way, it is clear that Delphi is a Horcrux by accident, it was not in Voldemort’s thoughts to make more than six Horcruxes. Therefore, the creation of Delphi was not planned, and we can consider her creation to be in circumstances similar to Harry’s. It would not be absurd to suppose that the act against nature that caused another rupture in the soul of Voldemort and created the eighth Horcrux was a rape against Bellatrix Lestrange.
Maybe Harry saying that “Delphi is the Ultimate Horcrux” was not literal and just a way to describe the last obstacle to finally destroy Voldemort. That’s our hope – but in case he was being literal and Delphi has a piece of Voldemort’s soul inside her, let’s take it as a new possibility to continue investigating and theorizing about the not-yet-resolved questions from the series.

« What is the new content in the “Harry Potter Film Wizardry: The Updated Edition”?
Vault is the new Case »