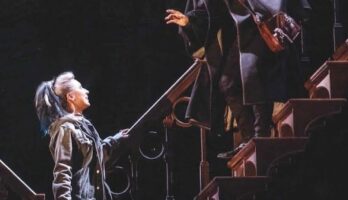 Is Delphi a Horcrux?

Harry Potter and the Cursed Child – Part 1 & 2 arrived on Broadway and it seems it has some changes from its London version. The fans who were lucky enough to see both shows (the American and the European version) noticed a few differences. The most interesting report notes that, in Broadway, Harry Potter, […]