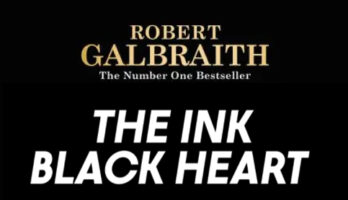 The Ink Black Heart, Cormoran Strike #6, to be published in 2022

J.K. Rowling tweeted minutes ago that she just finished a new novel and it will be published next year. Her tweet is a reply/quote to another tweet asking for “Strike news”, so we can assume she is referring to the sixth book in the Cormoran Strike series. New book finished, out next year 🖤 <- […] 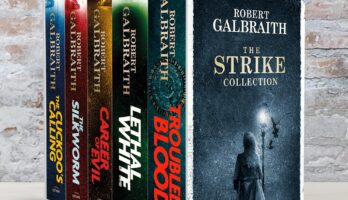 Sphere announced the publication of The Strike Collection, a new box set that contains the first five novels by Robert Galbraith in paperback format. This box set will be available from October and you can pre-order already on the links available at the Little, Brown website.

If Hogwarts Professor is right that Strike (like Harry Potter) is organised around a seven-novel plan, then Lethal White (as the fourth novel) is a pivot. This idea pairs up the novels before and after Lethal White, for we can expect that in this series – as in Harry Potter – will be organised in a […]

In Cuckoo’s Calling, the opening book of the Strike series, Robert Galbraith/J.K. Rowling argues that the human brain is drawn to symmetry. Walking past the Queen’s Gate into Hyde Park, Strike notices something that, the narrator implies, others do not: ‘incurably observant, he noted the sculpture of the doe and fawn on one pillar and […]