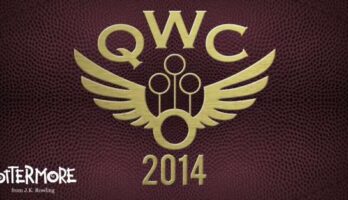 Live coverage of the 2014 Quidditch World Cup by J.K. Rowling on Pottermore

Author J.K. Rowling is continuing to post new writing for Pottermore, the digital platform for Harry Potter, with a series of ‘live’ reports from the 2014 Quidditch World Cup. The 2014 fictional tournament will take place in the Patagonian desert with teams from around the world competing. The 2014 World Cup reports can be found […]