Fantastic Beasts: The Crimes of Grindelwald – Posters from a marketing campaign that were discarded 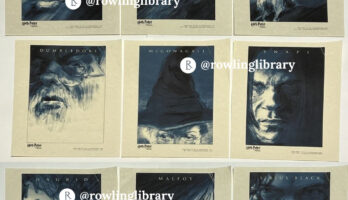 Early designs posters for Harry Potter and the Prisoner of Azkaban

Harry Potter and the Prisoner of Azkaban had a different aesthetic compared to the previous two films in the series. These posters were proposed as characters’ posters by the Art Department of the film, but they were never used. The idea was to present posteres with the idea that dark times are ahead, and that […]