Is the Wizarding World still in the closet?

It’s Pride Month and we couldn’t stop to analyze how this could be celebrated in the Wizarding World that J. K. Rowling created. Amidst the controversy that Rowling launched when publically made clear for second time that Albus Dumbledore is gay and that he may have had a sexual relationship with the villain of Fantastic […] 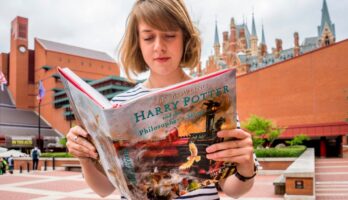