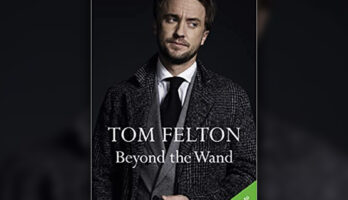 Tom Felton to publish “Beyond the Wand”, his autobiography

Actor Tom Felton, who played Draco Malfoy in the Harry Potter films, will publish Beyond the Wand, his first biography on October 2022. They called for a break, and Gambon magicked up a cigarette from out of his beard. He and I were often to be found outside the stage door, having ‘a breath of […]