It has already been more than 20 years since Harry Potter and the Philosopher’s Stone video game was released. The game is seen as the cornerstone of the subsequent instalments of the franchise – without mentioning its significant place in fans’ hearts since it meant a unique opportunity for 2000s kids to become the boy wizard for the first time, cast spells, explore Hogwarts and learn more about J. K. Rowling’s universe. That is why the youtuber Flandrew, who describes himself as a ‘nostalgic merchant,’ hosted an interview with the lead artist from the PC version, Christo Vuchetich, to unveil the secrets behind the making of the first Harry Potter video game. 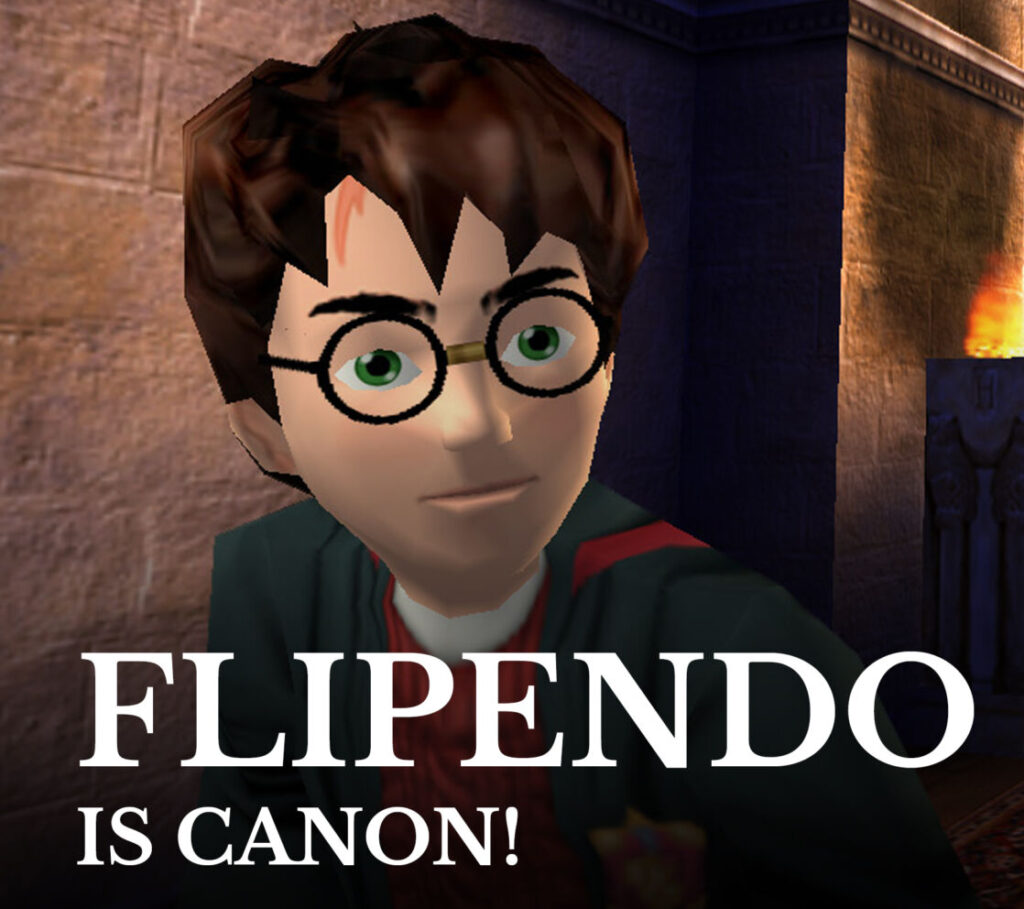 In the interview, Vuchetich recalls that he enjoyed working on the project, having about twelve months to develop it and no idea how to make it visually similar to the first film. One of the first points dealt during the interview was the magical abilities and skills a first-year wizard could and could not perform. Thus, Vuchetich mentioned that he had asked Christopher Little’s agency (who at the time represented J.K. Rowling) for first hand information so that they could have material to work with. The petition was accepted and a brief list of five iconic spells was delivered: Alohomora, Wingardium Leviosa, Incendio, Lumos and, of course, Flipendo.

This last spell has been controversial among Potterheads. When the possibility of playing as Harry Potter arrived, many of us thought we would be able to cast charms known from the books. However, a vast repertoire of new spells appeared in subsequent videogames during the years the series grew, including incantations such as Vermillious, Spongify and Avifors. These spells, though interesting they seemed when we were younger, became a bone of contention for fans when discussing its relation to the main books. Many have thought they were created by the developers, disregarding its status as canonical, but Vuchetich – highlighting his love for the franchise – recognises Rowling for their creation.

As we mentioned before, the Knockback Jinx, the formal term for Flipendo, was introduced in the saga in the Philosopher’s Stone video game. Its purpose was to provide Harry a basic tool of defence against small creatures and to overcome obstacles at Hogwarts. According to Vuchetich, the vague description of the spell – ‘to push things’ – allowed the staff to innovate the mechanics of the game. That simple but useful feature was reintroduced in the following sequels and became a must for the developers. However, many would ask themselves why the incantation disappeared after the console versions of The Prisoner of Azkaban (2005) and returned to the interactive Pottermore in 2011.

The Knockback Jinx, according to what Vuchetich remembers from Rowling’s specifications, ‘can only move small teacups a few inches.’ Instead, the developers tried to re-adjust the spell as if it were a preliminary version of the stunning spell, Stupefy, to cast against enemies. Eventually, the incantation for pushing objects away was transferred to the Banishing Charm as Depulso,  presented in The Goblet of Fire (2000). Eventually, the jinx re-appeared in 2016 in Harry Potter and the Cursed Child (2016) when Harry cast it against Malfoy, making it the first concrete instance of canon in the saga. Over time, both Flipendo and Depulso became virtually separated and, although they seem quite similar in terms of their effects, both spells differentiate from each other as to their intensity and complexity.

Having said all that, we should bring back the main focus here: how are video games part of the canon? While the term ‘canon’ in fandom is a subjective concept, for all intents and purposes it refers to considering one thing: an event, spell or book, as a true part of the Wizarding World in accordance with the information provided by Rowling. For instance,  the Burning of the Burrow in the sixth film is considered non-canonical because it never happened in the books nor was discussed by the author afterwards. Thereby, the spells from the video games can be seen as canon because they were directly written by Jo.

If everything we have discussed so far was not enough to demonstrate this approach, there is still further evidence which proves this new status for the spells from the video games. The first case is the Windy Spell: Ventus. This spell was first introduced in console versions of Harry Potter and the Goblet of Fire (2005) – namely the Game Boy Advance and Nintendo DS – and its function was to attack enemies. This spell made its second appearance in the Harry Potter and the Order of the Phoenix (2007) video game in the same way and then in other games of the franchise, being thought as a mere creation from EA developers. Hence, many people were surprised when the currently famous magizoologist, Newton Scamander, cast it in The Crimes of Grindelwald (2018), making it canonical. Another spell of the same nature was the Slowing Charm Arresto Momentum, whose incantation first appeared in the Prisoner of Azkaban film and re-appeared in Crimes of Grindelwald.

In a nutshell, we should remain open-minded towards video games because they are also possible sources of canonical information. For many years, these nostalgic elements were underestimated and ignored because the author was not directly involved. Maybe, it is high time we left aside prejudices and considered new material provided from other sources. After all, the complete franchise is supposed to be inter-connected and each new game, film or book released can enrich our knowledge from the Wizarding World and our experience as a whole. 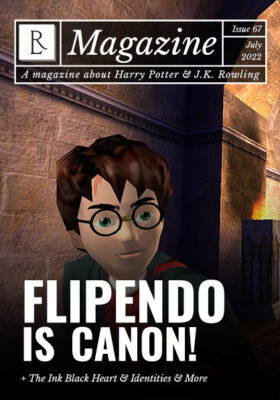