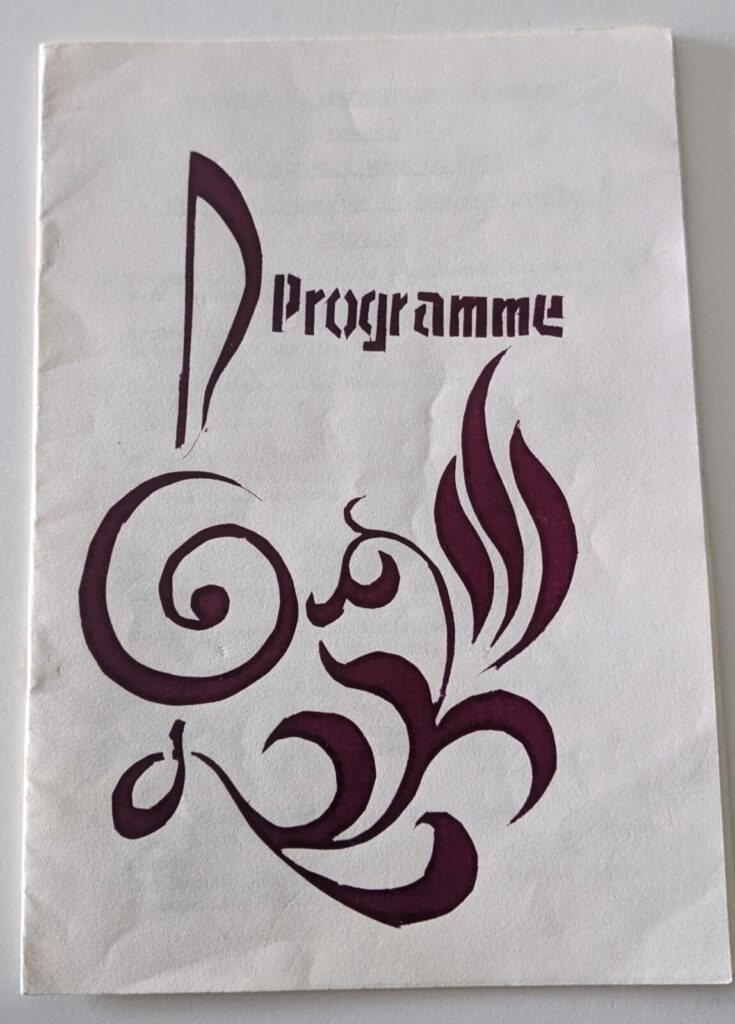 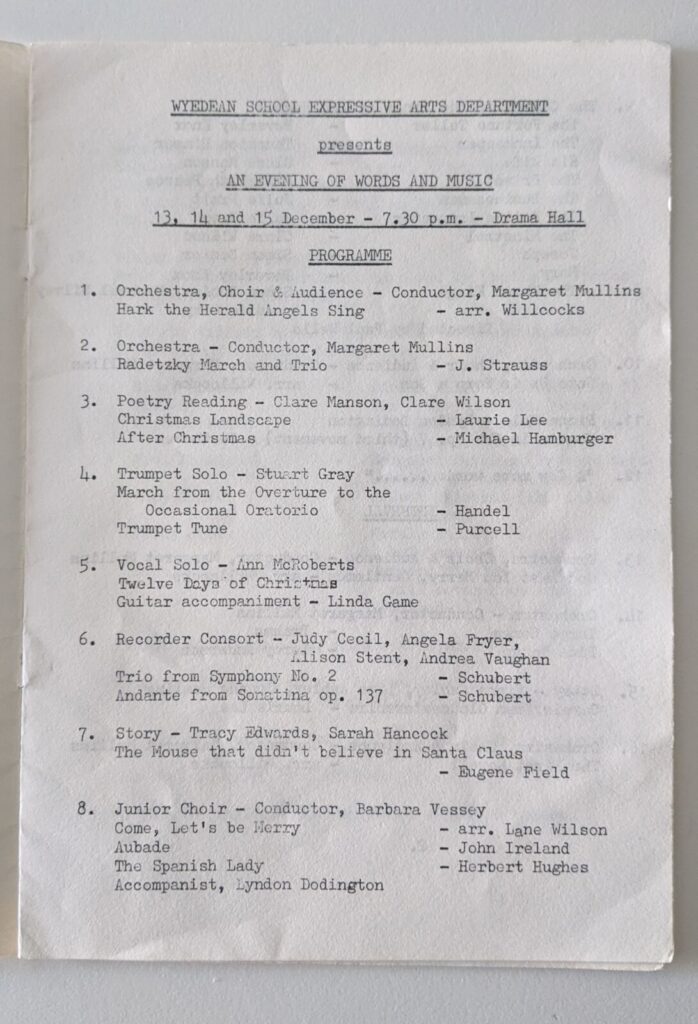 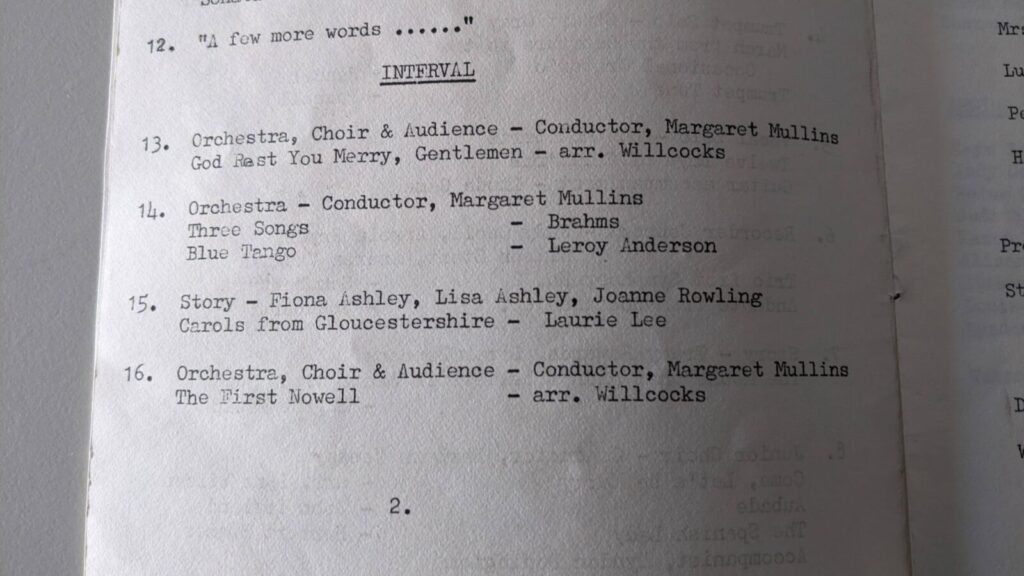 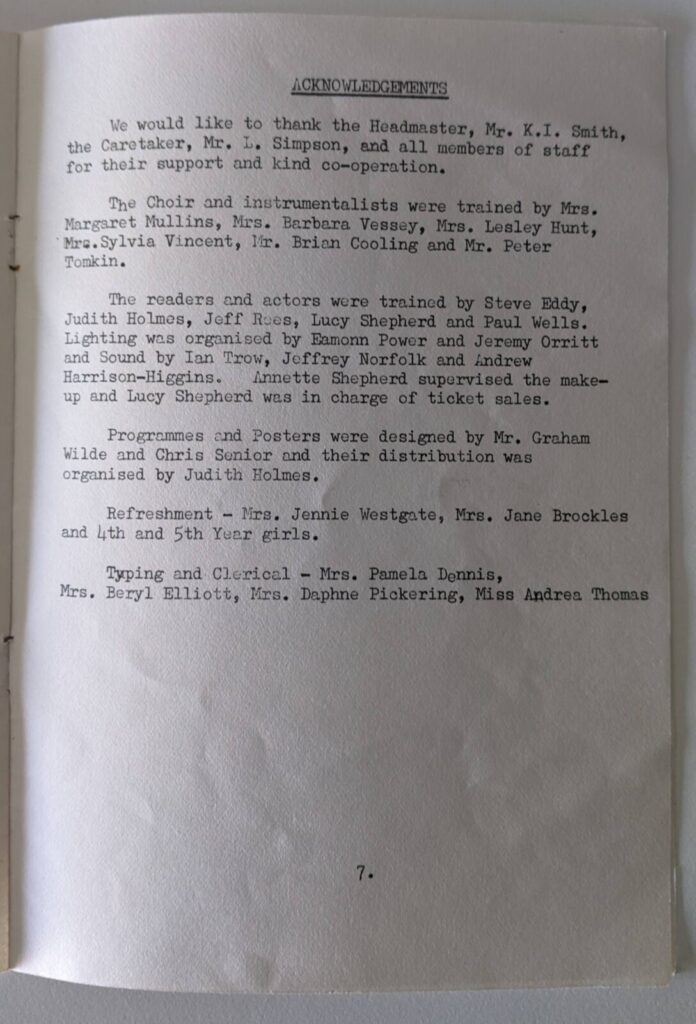 The Rowling Library is proud to own this original programme for a Christmas Concert at Wyedean School, where J.K. Rowling was a notable student. The event “An Evening of Words and Music” was on December 13, 14 and 15, 1978. Joanne Rowling (13 years old at the time), together with Fiona Ashley and Lisa Ashley, read the story “Carols from Gloucestershire” by Laurie Lee.

The programme was previously owned by a former teacher who is listed in the programme as one of the performers. This teacher was Head of Armstrong House, in which Rowling was a pupil, and appointed Rowling as Head Girl, ‘not because she was strong or sporty, but because she was brave, determined and clever.’