Warner Bros. Japan organized a Fan Event in Tokyo to promote Fantastic Beasts: The Secrets of Dumbledore for the fans from the Asian country. Although they did not show new material from the film (only well-known trailer at this point), David Heyman was present through a recorded video.

Heyman is the producer of all the Harry Potter films and the Fantastic Beasts series too. After welcoming fans to the franchise and talking about the release of the third film, he answered questions that the fans wrote on Twitter for the special ocassion. One of them was interesting: when asked if Newt has plans to visit Japan in the next films, Heyman answered: “Well, we haven’t yet started writing the next film. So we have to see. If I have my way, we’ll definitely be going to Japan”.

In comparison, J.K. Rowling was already writing the third film a few months before The Crimes of Grindelwald was released, as this tweet from November 1st, 2018 shows it:

Let’s just say I really ought to be able to spell Rio de Janeiro properly, given how many times I’ve written/typed it in the last few months.

You can watch the full video of Japanese Fan Fest for Fantastic Beasts: The Secrets of Dumbledore below. David Heyman’s answers starts at 31 minutes 30 seconds. 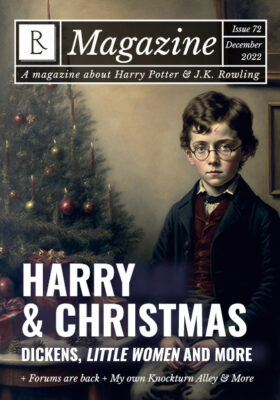 « Illustrated edition of Harry Potter and the Order of the Phoenix will have 576 pages
Five alternative titles for Fantastic Beasts: The Crimes of Grindelwald »