One of the most controversial scenes in the full trailer of Fantastic Beasts: The Secrets of Dumbledore is at the end. We see Jacob Kowalski, the beloved Muggle of this new series, in the Hogwarts Great Hall, showing his new wand to a group of Hogwarts students.

We already know how he got his new wand (also thanks to the trailer): it is given to him by Newt Scamander on behalf of Albus Dumbledore. Why? We can only suspect and theorize at this point, but Dumbledore may have his reasons. It is clear Dumbledore has a plan (or even more than one) in this movie and making Jacob look like a Wizard could be one of them. That may also be the explanation for why he is eating at the Great Hall in Hogwarts. If Dumbledore wants to everyone believe he is a wizard, why wouldn’t he be in Hogwarts behaving like everyone else?

The problem, of course, is whether Jacob would be allowed to be there. Leaving aside the fact that Dumbledore is not even Headmaster yet, is it possible for a Muggle to be inside Hogwarts? We were told before that Muggles cannot see Hogwarts due to protective charms, but the case is different if they are invited into it. We learn in Harry Potter and the Chamber of Secrets that Myrtle’s parents were invited into the castle to see her daughter’s body, so it is possible for Muggles to be in Hogwarts if its location is revealed to them.

One cannot help but wonder if Dumbledore has that power to share Hogwarts’ location with a Muggle for personal purposes, even if he is not the Headmaster. He might have the right intentions after all, but Hogwarts’ charms should not be overridden by any professor, even if they are as powerful as Albus Dumbledore. There is another option and is that Jacob is a Squib (just like Filch), but without him knowing it. That option would be a stretch, but still possible within the boundaries of the story.

There is another brief scene (just one second long) in the trailer showing Jacob using his wand. His face and posture show his discomfort in the situation. Is he doing magic or is he mimicking that he is doing something with his wand and he is afraid of getting caught? Is he forced or enchanted? Is Dumbledore using Jacob (maybe with an Imperius curse) to make him look like a real Wizard? All of this will be revealed in April 2022, when Fantastic Beasts: The Secrets of Dumbledore is in theaters around the world.

Leave your thoughts and comments below! 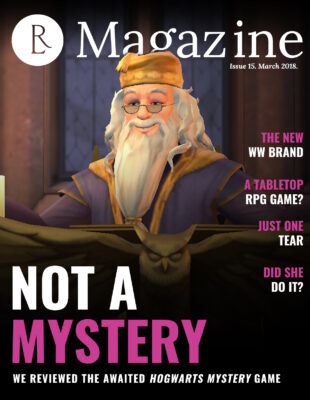