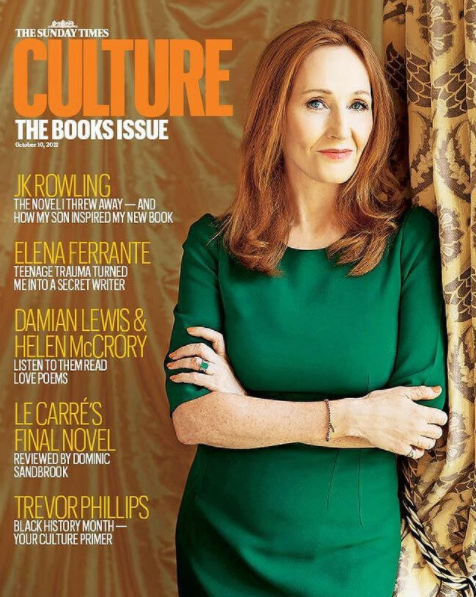 For the promotion of The Christmas Pig (out this Tuesday), The Sunday Times has published a new article by J.K. Rowling titled My childhood, the novel I threw away — and how my son inspired my new book. The article has been published online on Saturday 9th, and in the print edition of the Culture Section of The Sunday Times the next day. The online version also included a video that you can watch on The Rowling Library YouTube channel. You can also read the full article at Rowling Index or at The Sunday Times website if you are subscribed.

Interestingly enough, on the article Rowling reveals the title of the novel she was writing before Harry Potter:

In my early twenties I wrote quite a lot of a very bad novel called The Private Joke. I regularly abandoned it for months at a time to write other things, then picked it up again. Part of the manuscript was sitting up in the luggage rack when, aged 25, I was travelling by train from Manchester to London, and the idea for a very different kind of book hit me: that of a boy who didn’t realise he was a wizard, and was taken off to magic school.

« The Christmas Pig Review: J.K. Rowling at her best
The Daily Mail: Q&A with J.K. Rowling and she reads and extract from the book »