Two illustrations from the upcoming novel by J.K. Rowling, The Christmas Pig, have been revealed today.

The first one shows Dur Pig, or DP. Dur Pig is the best friend that Jack has ever known. The second image shows Jack and The Christmas Pig, falling into the “Last of the Lost”, a place that will be very important on this new story.

Jim Field, illustrator who worked on the cover and the inner illustration, said “I have loved illustrating The Christmas Pig. With the cover and the black-and-white illustrations, I wanted to create something filmic and timeless, which capture the excitement of J.K. Rowling’s incredible story and the personalities of the memorable characters. It really is a dream project and I’m so chuffed to be part of it. Along with Jo’s (J.K. Rowling) description, my daughter’s plush toy, Monsieur Lion – which she took with her every day to nursery – has been a great inspiration for me in bringing this friendly character to life. Although not a pig (as you can guess from his name), he is perfectly tattered, loved and worn, just as I imagine Dur Pig to be.”

J.K. Rowling has also mentioned about how she felt when she saw the illustrations from the first time. You can watch it on the video below: 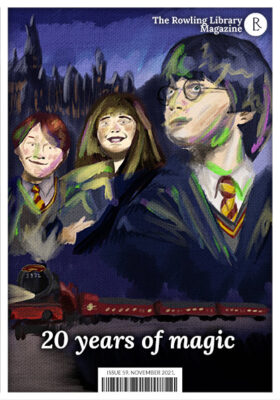