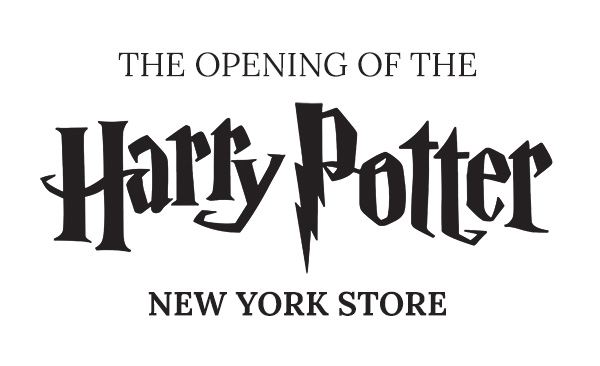 The COVID pandemic caused struggles all around the world, and some of them were delays in projects that were planned to open in 2020. It affected the Wizarding World in several ventures, such as Fantastic Beasts 3, Cursed Child productions around the globe, and the official Harry Potter Store in New York. After many months of teasing this new official shop, fans were able to step inside on June 3rd, the official date for the opening of the biggest Harry Potter shop in the world.

We were lucky enough to be there on its inaugural day. We arrived at the store at 8:30 in the morning, one and a half hours before the opening time. It was a rainy morning in Manhattan, and as soon as we arrived at 935 Broadway, we saw there was already a queue of more than 250 people, excited as we were. The official social media of the store had previously informed that at 9 am they would put out a QR code that would give you a place in a virtual line, to avoid crowding in the store. The queue started at midnight the day before, where the first group of fans started arriving and therefore they began lining up unofficially to scan the code first come, first serve. Only when it was your turn (more on that later), could you access the shop and not before.

More people kept joining the queue, and at one point it was about five blocks long. Although the opening time was 10 am in the morning, the store staff provided the QR code at 9AM, so people could scan it and leave the place (remember, we are going through a pandemic so keeping a lot of people in the same place is not healthy). Finally, at 10 am in the morning, the staff pronounced the Alohomora spell, and the doors of the store were finally open!

We scanned the code and it told us we were in position 254 in the queue. We went for a coffee, although the estimated time of return kept changing. Sometimes it went lower, but at the end we were able to enter the shop at 2 pm, 4 hours later, when the original estimate from the app was just 20 minutes when we got there. To clarify how this virtual system works, each position in the queue represents groups of people of up to 6 people each, which means that one person in your group can go scan the code and they can input how many people are with them, instead of the whole group having to scan the code.

The shop announced a bit after noon that they stopped providing tickets for entrance, as they’ve reached capacity. Inside the store, at about 3 pm they announced that there were 2.000 people in the virtual line waiting to enter and asked the people inside the store not to stay longer than one hour to allow other people to enjoy the experience.

Once it was our turn, we were able to fully experience this new place dedicated to the Wizarding World. The store is divided in two floors: at the entrance you’ll find the Fawkes statue in the room that is dedicated to all exclusive merchandise for the New York store. On that same floor, you’ll have areas for each one of the four houses, as well as wands, toys (for you and your pets!), children’s clothing, and Florean Fortescue (ahem, sweets).

On the bottom floor, you’ll find rooms dedicated to MinaLima, and other types of merchandise, such as jewelry and an area exclusively built to showcase the books: from the novels to companion books from the films.

Some highlights from the rooms:

There were also flying keys to scan through the store, using the official Wizarding World App. Every scan provided a letter that at the end formed a spell: if you present that to an employee, you get an exclusive pin from the store (that cannot be purchased, not there or anywhere). We were lucky enough to get ours!

New York is one of the most famous cities in the world, and although it has been the home of Harry Potter and the Cursed Child (for a few years now), it was missing a proper place to live the magic of the Wizarding World. This new store will be enjoyed by fans and tourists alike, since it is a great experience for those who are immersed in J.K. Rowling’s world as for casual bypassers too who just want to see how it feels to step inside in this brand new three floor shop

You are reading an article from The Rowling Library Magazine Issue 54 (June 2021).
Download the magazine to read all the articles, and if you like it, you can support us to help us create more content like this.