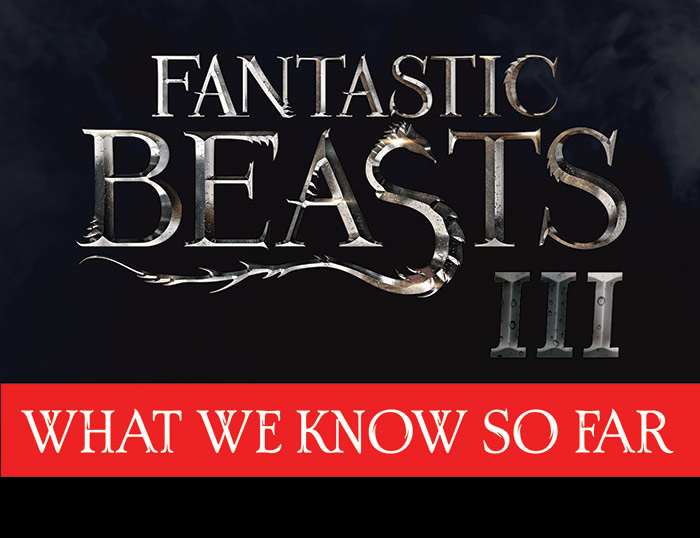 The upcoming Fantastic Beasts film has received a lot of attention from both its fans and media due to the outbreak of Coronavirus, its continuous breaks during filming and the scandals around actors. Nonetheless, it has been said unofficially that the third instalment has wrapped filming on March 12th, and we can assume it moved into the post-production phase.

The news came from Christian Manz’s personal Instagram account. Manz is the VFX supervisor for the third film of the series (he also worked in Deathly Hallows and the first two Fantastic Beasts films). In a post, which was later edited, he mentioned that filming wrapped, and from that we could assume that the post-production stage began. What does that mean? It means almost all scenes (it should be all, but if it is needed some of them can be reshot) are already done, and now it is time for video and audio editing, color correction, sound mixing, visual effect and all the operations which are done in the studio, not in the set.

These are good news, of course, for the film. Although we are more than a year away from the release date, it means we could start seeing some promotional pictures, or even a short teaser. But before we get too excited, let’s go over what we already know about this third film, which is also a midpoint for the Newt Scamander saga.

Without a title yet, the action in this film will take place in several countries. According to a tweet by J. K. Rowling, we will see Brazil’s capital city, Rio de Janeiro. The author also confirmed in several interviews that we will see China, which will probably be one of Newt’s destinations. Stuart Craig, set designer, mentioned we will see Berlin, and that seems to be what we previewed in some early photos of the set (although it is not confirmed if they belong to Fantastic Beasts or Robert Pattinson’s The Batman, which was also being filmed at Warner Bros Studios Leavesden). And in addition to Hogwarts in the United Kingdom, that is at least four countries we will see on the big screen (and there are rumours that we may get a glimpse of New York again).

Most of the cast will return for this film: we will again see Newt Scamander, Jacob Kowalski, the Goldstein sisters and Albus Dumbledore. Johnny Depp will not return as Gellert Grindelwald, and he will be replaced by Mads Mikkelsen, who has already mentioned he will do his own version of the Dark Wizard, although he will respect some of the manners Depp imprinted on the character, so as to try to build a bridge between his own version and Depp’s. Ezra Miller will return as Credence (or Aurelius), and Callum Turner as Newt’s brother as well.

If you thought Yusuf Kama’s plotline had ended in The Crimes of Grindelwald, you were wrong. William Nadylam will be playing his role again, as well as Poppy Corby-Tuech reprising Vinda Rosier (Grindelwald’s right hand), and Victoria Yates as Bunty (Newt’s assistant).

What is also Interesting is the new actors abroad. German actor Oliver Masucci confirmed he will be playing Head of International Confederation of Wizards (whose headquarters could be in Berlin), and actor Richard Coyle also joined the cast. His part has not been confirmed yet, but there are rumours he could be playing Albus Dumbledore’s brother (the one we are sure exists!), Aberforth Dumbledore.

And although she appeared only for a few seconds in the second film, Jessica Williams will have a bigger part as Eulalie Hicks. The “cool, smart, witty, funny, Charms professor [at Ilvermorny]” (words by the actress) will have a good time in this next movie, according to Rowling who said “[Hicks’] true glory is revealed in Fantastic Beasts 3”.

Besides that, the actors also gave some clues in different interviews of what we can expect. Masucci has confirmed that he has performed different scenes with Dumbledore (Law) and Grindelwald (Mikkelsen), and Law himself has said that this movie focuses a lot on Dumbledore’s past, and the sacrifice he had to make. From these interviews we retrieved that some actors share scenes together,such as Jacob and Grindelwald (intriguing), or Dumbledore together with Eulalie Hicks, Newt and Jacob as well (intriguing too!).

There are still fifteen months ahead until we are able to attend the nearest theatre to watch this highly expected film. If COVID-19 allows it, of course. Warner Bros. will have to be very careful on how they start sharing snippets of information: they need to do it in the right measure. Too much, and they can spoil it (especially since there is a lot of time for marketing campaigns if they start right now); and too little information, and they may not generate the required buzz. But with or without the help of Warner Bros., the fandom is still trying to acquire every tidbit of information of what can be the spine of this new saga of the Hufflepuff magizoologist.

You are reading an article from The Rowling Library Magazine Issue 51 (March 2021).
Download the magazine to read all the articles, and if you like it, you can support us to help us create more content like this.

« Bathrooms and Trains in the Harry Potter series
Record price for Harry Potter and the Philosopher’s Stone: Interview with Jeremy Padawer »