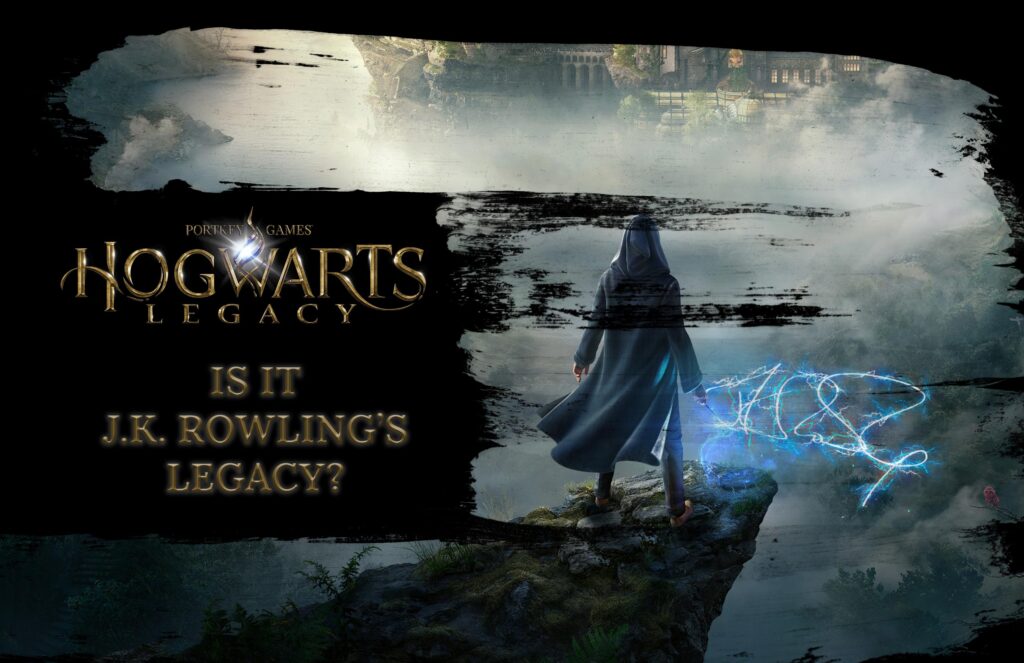 And in the end, it was announced. There were many months of waiting and anxiety for the Harry Potter fandom, or at least for the part that was asking for something since forever. A Harry Potter role-play game (RPG) looked like a million-dollar idea and there were not many reasons why a videogame like that did not exist. In fact, many followers of the series tried to do it themselves: a few amateur projects organised some campaigns to create a non-official Harry Potter roleplay video game, but even the ones that were released were not close to what Warner Bros. Games finally revealed.

What they showed originated a few years ago, probably between 2016 and 2017. It was in October 2018 when the first leak appeared online. This leak, which confirmed Avalanche Software as the studio in charge of the development, exposed some things that today we know are part of the final game. This revelation appeared as a video on Reddit and showed us The Great Hall, a Hogwarts uniform that seemed to be from a past era, a screen with different spells, and even another screen to create a character. The user who uploaded it to Reddit said they watched the trailer in a shopping mall and were asked to complete a survey for a small payment. Obviously, cameras and phones were not permitted but the ones carrying out the survey never took their phones away, so there you have it: the first Harry Potter video game footage.

Back then, this leaked video triggered a lot of theories, and it was soon confirmed as true a few hours later when Warner Bros. asked YouTube to take it down – where it had also been uploaded – mentioning it was copyrighted material. This meant only one thing: the video was real and the studio was working on this video game. However, the “confirmation” brought up more questions: was it really an RPG? The personalization screen from the leak was not enough to confirm this. Was it going to have an online mode? In which year was it going to be set? Would we be able to visit new places? Although we had seen The Great Hall, the other locations were not clear and neither was the map that was shown only for a few seconds and only exhibited a small village alongside a mountain chain.

The person who shared the leak also shared some details of the game description that was provided to him (and all the people who participated in the survey). According to this person, some passages were “Set in the 19th Century (1800’s) Wizarding World, this 3rd person open-world action RPG centers around your character with unique abilities and who has earned a late acceptance to Hogwarts School of Witchcraft and Wizardry”, and “Upon arrival, strange events begin to materialize in the Forbidden Forest and trouble begins to brew within the castle walls. Together with Professor Elezar Fig, you embark on a journey through both familiar and never-seen-before locations to bring to light the truth behind these mysterious occurrences.”, and “On your quest you will craft potions, master new spells, and discover fantastic beasts. You will battle Dark Wizards, Goblins, and other supernatural enemies and uncover the truth about your destiny – the Fate of the Wizarding World lies in your hands.”

Obviously, not many people believed this. And it was okay, why should we trust anonymous people on the internet? All the doubts were dissipated in September 2020, almost two years after the leak. Those two years were filled with theories and rumours, until Warner Bros Games decided to share a trailer that quickly became viral and a trending topic in the most popular social networks. The information that came with the leak coincides with what Warner Bros. officially released last month: “Hogwarts Legacy is an immersive, open-world, action role-playing-game set in the 1800s wizarding world, which puts players at the centre of their own adventure.”, and continues, “The story has players experiencing life as a student at Hogwarts School of Witchcraft and Wizardry like never before, as they live the unwritten and embark on a dangerous journey to uncover a hidden truth of the wizarding world.”

Having taken place in the 19th century, many fans started to ask what relationship it could have with the plots or character that we already know, from sharing Hogwarts classrooms with Albus Dumbledore (who was born in 1881), to the war with the non-wizarding world that is mentioned in the Fantastic Beasts films (“The wizarding and non-wizarding world have been at peace for over a century”). Other fans waited for confirmation from Adrian Ropp himself, Head of Story at Avalanche, who ensured that J.K. Rowling was not involved in a creative way in the project, and that the whole team who worked in the video game had complete freedom crafting the story, the characters and locations.

This was celebrated by those who want to detach themselves from J.K. Rowling after her controversial sayings, though the fact that Rowling is not creatively involved in the game raises other topics, more interesting to debate. The canonicity of the Wizarding World projects was always very important to the fans, to the point of drawing a parallelism between quality and canonicity, which I personally do not share. When the fans try to belittle Harry Potter and the Cursed Child, “it is not canon” is the most used phrase, alluding to the fact that it was not written by J.K. Rowling (although she said that she came up with the story and that it is canon). Usually, that is the excuse used to justify that some creative project does not deserve to be appreciated by the entire fandom.

But something different happens with Hogwarts Legacy, and it is that despite the author not being creatively involved, it was very well received by the Harry Potter community. In a poll that we did a few weeks ago, half the fans were more excited by this video game than for the third Fantastic Beasts movie. Maybe we have reached the point where Harry Potter and his Wizarding World are not dependent on Rowling, her creations and her ideas, and the public is more open to new endeavours, paying attention only to the stories’ quality and not the authors behind them.

What is happening with Hogwarts Legacy is not normal, but it is welcomed. As it happens with other franchises (like Star Wars, for example), in which all the story-based products do not depend on only one person, that was translated into more stories and new characters all the time: something that is appreciated by the fans who are hungry for more from this magical world. And when this takes place and becomes the new normal, The Wizarding World will become J.K. Rowling’s legacy, and new creators will take her baton and will be able to create more stories based on her characters and world, but without the fear of not being accepted by the fan community.

For now, Hogwarts Legacy promises a lot. We will have to wait until its release (still without a confirmed date, although we know it will be sometime in 2021) to know if it meets the high expectations. But if it does – and we think it will, just by having seen the trailer – it can be a turning point for both the fandom and the Wizarding World as a brand. A good brand, one that will open doors for more projects like this, without having J.K. Rowling ‘s constant supervision. What will be canon and what will not is another discussion for another time.

You are reading an article from The Rowling Library Magazine Issue 46 (October 2020).
Download the magazine to read all the articles, and if you like it, you can support us to help us create more content like this.