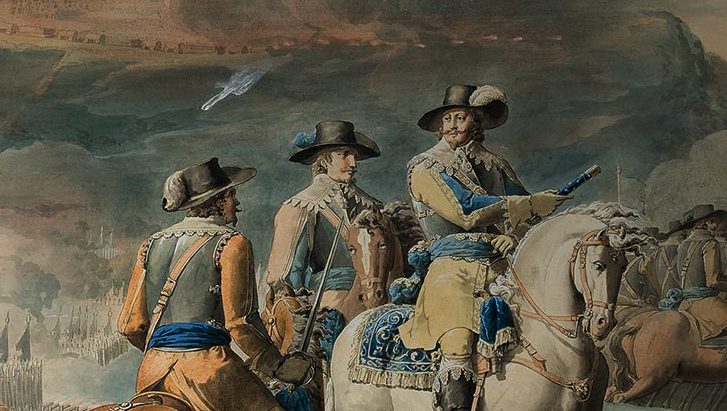 I can’t remember the first time I heard or read the phrase a political fairy tale. I am sure, though, that it came from J.K. Rowling, and that it was a few years after she published Harry Potter and the Deathly Hallows. I am also sure that, since then, I have associated political to fairy-tale, and I can’t see the concept of a children’s story without the political aspect. Everytime I read about a fairy tale, my mind goes back to that concept, and it does it in a quite literal way: I imagine fairies creating unions, claiming for more rights, and organizing strikes. However, the real Rowling’s political fairy-tale was (and still is) very different from that.

The immense archive that the Internet provides allows us to fact-check that Rowling did mention the political fairy tale, but she did before publishing the seventh Harry Potter book. It was in 2006 for an interview she did with Tatler Magazine: “A new children’s book is also complete. It is about a monster and is what Rowling calls a ‘political fairy story’. It is aimed at children younger than those who read Harry Potter: ‘I haven’t even told my publisher about this.’” We know now that J.K. Rowling never considered to release this, and to keep it as a private tale for her kids: “Over time I came to think of it as a story that belonged to my two younger children, because I’d read it to them in the evenings when they were little, which has always been a happy family memory,” said the author in the press release for The Ickabog.

This political fairy story sprang up publicly in the past years. In 2016, she said on Twitter that she “didn’t like it enough to publish it” (I even suggested to her that she should publish it online for free in a serialized form as a response to that very same tweet). And a year later, on her CNN interview with Christiane Amanpour she made reference about that tale again, but in a different context: “On my 50th — the theme of my 50th birthday, which I held at Halloween, even though that’s not really my birthday, was come as your own private nightmare. And I went as a lost manuscript. And I wrote over a dress most of that book. So that book, I don’t know whether it will ever be published, but it’s actually hanging in a wardrobe currently.” Rowling recalled. Her definition of “most of that book” makes it sound that a big part of it would fit in a dress – or maybe she used small handwriting. While researching for this article, I found the only picture from that party that shows her and her handwritten dress. 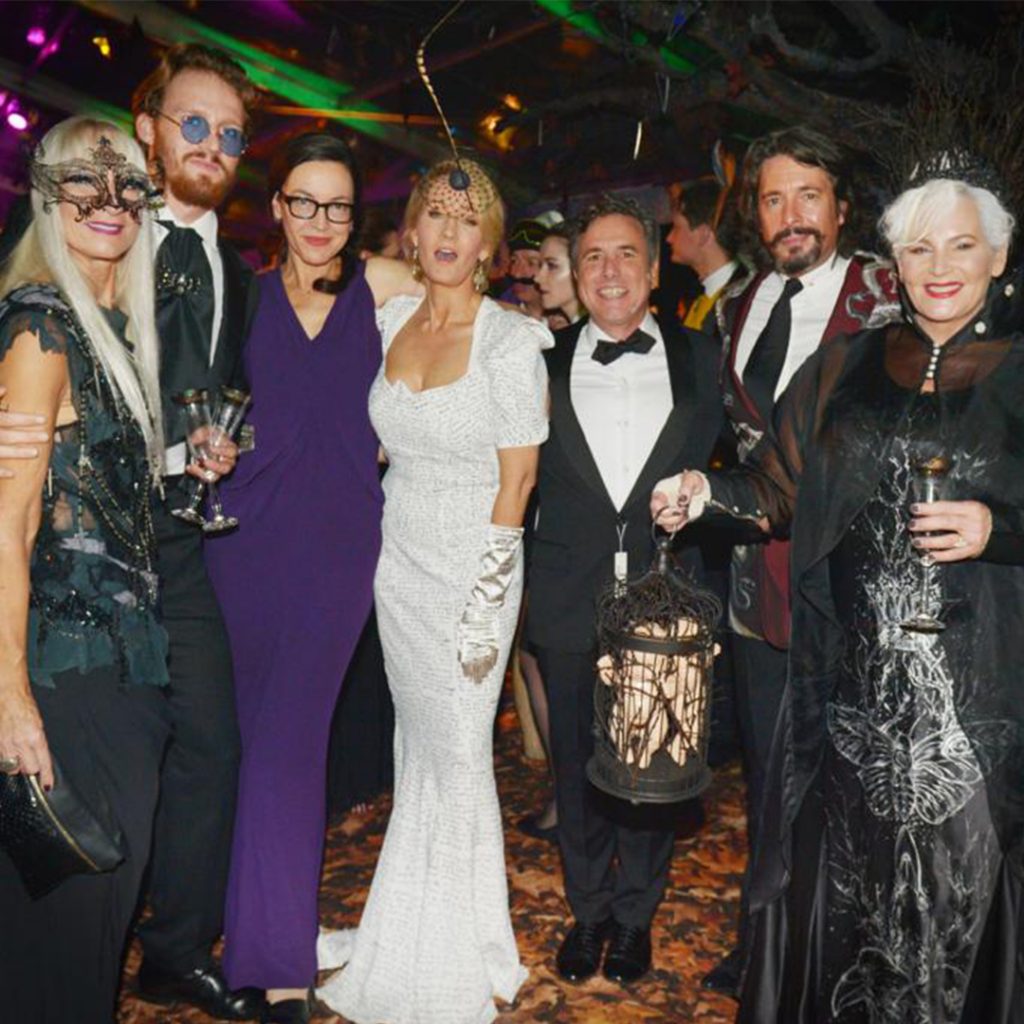 It is clear that it did not contain most of The Ickabog. Now that we know its length (or at least we can estimate it), it seems hard to include all the chapters in there, but it can definitely be considered as a manuscript of the story. Of course, it was just one of the many manuscripts, not the only one she had of this children’s tale. The confirmation of this started to appear online on May 21st, when J.K. Rowling updated her Twitter header image with a mysterious photo. That Twitter header changed every day, showing the same object but from a different angle or point of view. At The Rowling Library we kept tracking the changes, trying to understand what was going on. We theorized it could be related to her political fairy tale, something that J.K. Rowling noticed and acknowledged us for a few days later.

The big revelation came on May 26th, when it was announced that Rowling was sharing publicly and for free, through her new website www.TheIckabog.com, a new children’s story. The clues on her Twitter page were photos of the box that contained the original manuscripts. Alongside the first two chapters,there was a statement from the author: “I had the idea for The Ickabog a long time ago and read it to my two younger children chapter by chapter each night while I was working on it. However, when the time came to publish it, I decided to put out a book for adults instead, which is how The Ickabog ended up in the attic.”

But J.K. Rowling and her team started to craft this project a few weeks before. The internal codename used for it was Jay Moore (I could not get the meaning or the reasoning behind this decision). The domain www.jaymoore.org, where The Ickabog website lived until May 26th (probably for development and testing) was registered on May 13th, two weeks before the launch. The codename Jay Moore was not of internal use only for Rowling’s team – the publishing houses also referred to the story and the book using the same name, as a Scholastic document that appeared on its website for just a few hours proves it. The story of the web address www.theickabog.com is interesting too. It was registered in 2011, which could mean Rowling’s team had the idea, or at least the name, since then. But it changed ownership at some point in time, so it is impossible to be sure if it was Rowling’s team who registered back then, or they acquired it later when they saw it belonged to someone else. What we do know is that the name was in Rowling’s mind from the very beginning, since she confessed in the press release that she made her agent to trademark the title when she was working on it years ago: “After some dithering (and also after my long-suffering agent had trademarked The Ickabog – sorry, Neil) I decided I wanted to step away from children’s books for a while”.

On the same day of the revelation, May 26th, the first two chapters were shared publicly. The release was not only of the story itself: the news included that there is going to be a physical publication in November 2020 (Hachette in the United Kingdom, Scholastic in the United States), with translations becoming available too in different countries. Each publisher will also hold a contest to select illustrations made by children between the age of 7 and 12. The winners will have their artwork included in the book, and will receive a signed copy edition in their own language. J.K. Rowling has been promoting the contest by sharing children’s drawings on Twitter, but has stated several times she is not part of the people who will chose the winners’ illustrations.

Part of the story is released every weekday, with one, two or three chapters per day, depending on their length. There are going to be 34 installments (which will give us, in average, 70 chapters), and at the time of writing this piece, we already have 34 chapters. The final ones will be shared on Friday, July 10th.

It is hard to speak about the story without spoiling it, and a few people have decided to wait until the official release to read it altogether. While the first chapter may condense a lot of information and sound a bit complex for children (and some adults), the tale becomes more interesting as more chapters become available. Although The Ickabog is aimed at children, adults will enjoy it as well, given that it contains nods that the little ones will not get. It is a story about truth and the abuse of power, and although it is was written over a decade ago (and Rowling herself has said this is not a response of what’s happening in the world at the moment), it is hard not to identify some aspects of the King and his best friends with current politicians.

There are parallelisms or connections to the Harry Potter series that could be coincidences or simple nods to the readers who also enjoyed The Boy Who Lived series. From the names of some characters (the King being called Fred or someone called Ogden in both stories), to the death of a parent for the main kids. There is even a coincidence in the name of a chapter with one from the Potter books: Chapter 32 of The Ickabog is titled “A Flaw in the Plan”, while Chapter 36 of Harry Potter and the Deathly Hallows is “The Flaw in the Plan”.

The Ickabog project, which started to help entertain children, parents and carers confined at home during the Coronavirus lockdown, has been successful so far. The first two chapters, King Fred the Fearless and The Ickabog, received 5 million visits in the first 24 hours, as Mrs. Rowling representatives told us.

The featured illustration for this article is King Gustav II Adolf Of Sweden At Wittstock (1810), by Emanuel Limnell.

You are reading an article from The Rowling Library Magazine Issue 42 (June 2020).
Download the magazine to read all the articles, and if you like it, you can support us to help us create more content like this.

« The Lost Years
Fantastic Beasts and How To End It »