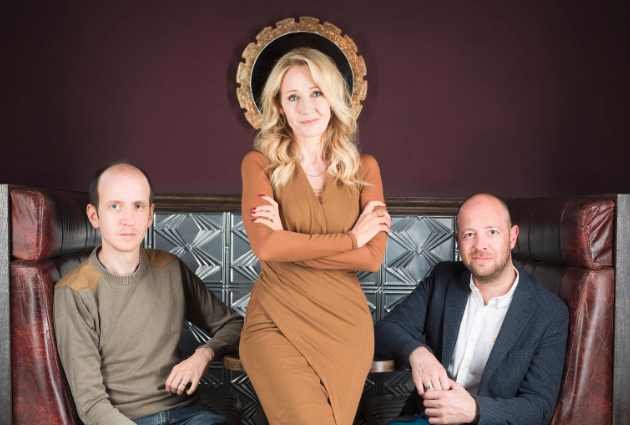 A few weeks ago, we saw the publication of Harry Potter and the Cursed Child: The Journey, a companion book for the stage production of Harry Potter and the Cursed Child. We were expecting a book like this since April 2017, when we said that Cursed Child should get a Hamiltome. The Hamiltome is the book published for the award winning american play Lin-Manuel Miranda’s Hamilton. It took more than two years but finally this wonderful edition it is on our shelves, saying “Keep the secrets” no more and revealing everything behind the curtains of the magical production.

Although the book goes through every aspect of the show, from the music, magic, set design and more, what interests more to us is J.K. Rowling’s involvement in its development, and how much she influenced in the story. Even when she said we should consider the whole story canon (which she created it with the collaboration of Jack Thorne and John Tiffany), having a glimpse of the specific contributions the English author did gives us a better idea of how the eighth story was crafted.

Rowling’s participation in the book is in the form of the foreword  – an introduction by herself – and also some quotes through the next chapters, although it seems they come from videos that were recorded time ago. My personal opinion is that she wasn’t available – besides the introduction – to collaborate with Jody Revenson, the author of The Journey. Despite that, it is possible to learn a lot from the creative process that gave birth to the story of Cursed Child.

The suspected timeline for the project is confirmed to what we have believed: producers Sonia Friedman and Colin Calender approached J.K. Rowling with the idea of taking Harry to a stage. Rowling accepted, and only then Tiffany and Thorne were added to the creative team. The script was ready on the first months of 2015.

We know that some things were Tiffany and Thorne’s ideas, and they did not come directly from Rowling. Some of them are the inclusion of Scorpius characters, the death of his mother Astoria, and having Albus like he doesn’t fit. In more general, the idea of the play being set most of the time during Albus’ fourth year was also coming from the duo, as focusing on the Goblet of Fire as the inspiration and setting of the play, making connections with both the plot and the emotional settings of the fourth book in the series. “It’s Harry’s first death,” says Thorne, “and dealing with Cedric and what Cedric meant . . . It was a transformative year for Harry. So, what if we put Albus and Scorpius in that year, in their fourth year at Hogwarts?” Rowling has said, “The three of us developed this story together, always, I feel, with our eye on family, loss, what it means to be a father, and what it means to be the child of a very unusual father.”

However, Rowling did shared her own ideas which were finally used. For start, Jack Thorne wanted to use a new character as Hogwarts Headmaster: Professor Marazion. But Rowling said that McGonagall should be directing Hogwarts at the time. Let’s not forget Jo changed his mind, since years ago she mentioned McGonagall should be retired by then. Rowling also asked specifically to use the term Blood Malediction to refer to Astoria’s sickness, which would connect the stage play to the Fantastic Beasts film series, where Nagini suffers from the same condition. At last, Jack Thorne also invented two new spells: Fulgary and Molliare. They were developed by Thorne, but named by Rowling herself. “I always tried to name them but she always had something better.” confirms the male author.

About the writing process itself, we now know that Jack Thorne wrote a 45 page treatment, that drove conversations and exchange of ideas among the three. Later on, that 45 page treatment became the script that we all know. Thorne has an interesting quote about this whole process:

“We kept talking, talking, talking,” says Thorne. “It was a mixture of ‘Could we try this?’ and her going, ‘Ooh, that makes me think of this.’ It was a constant deep-core ‘mining.’ The thing is to shake the author for as much information as possible because their knowledge is your secret weapon, and their knowledge isn’t always on paper. “And this is not hyperbole: She is without doubt the most supportive writer I’ve ever worked with,” Thorne states. “Not that she would say yes to everything. It was in the way she would guide and help and be there.”

They also mentioned the possibility of including other characters as Teddy Lupin and Luna Lovegood (which made it to the rehearsal phase), which were discarded because they did not want to use characters just for the sake of it, they had to have a purpose on the storyline. They also address the absence of Hugo Weasley on the opening scene: “It was suggested that perhaps Hugo was being watched by his grandmother Molly, rather than coming to King’s Cross that day.”

It is also noted that the first scene Jack Thorne wrote was the explosive dialogue between Harry Potter and his middle son Albus Potter. It was his own idea, but Rowling loved it from the start. However, in the first draft the scene was removed, but luckily it was inserted back later as it was requested by director John Tiffany. Like these details mentioned throughout the article, the book has other passages where we can see better the relationship that this trio (Rowling, Thorne and Tiffany) had during the development of the story, and how they worked together to make the best possible story. 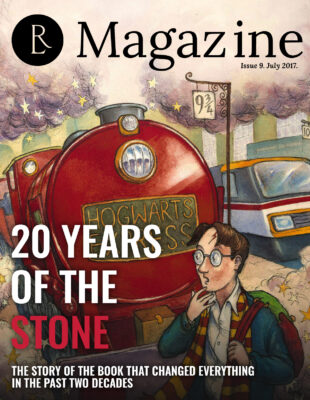 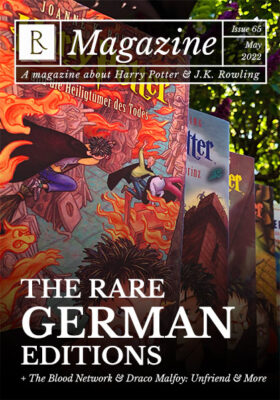 « Book Review: Good Omens, by Neil Gaiman and Terry Pratchett
Artist Jim Kay revealed he suffers from depression and the Order of the Phoenix launch may be delayed »