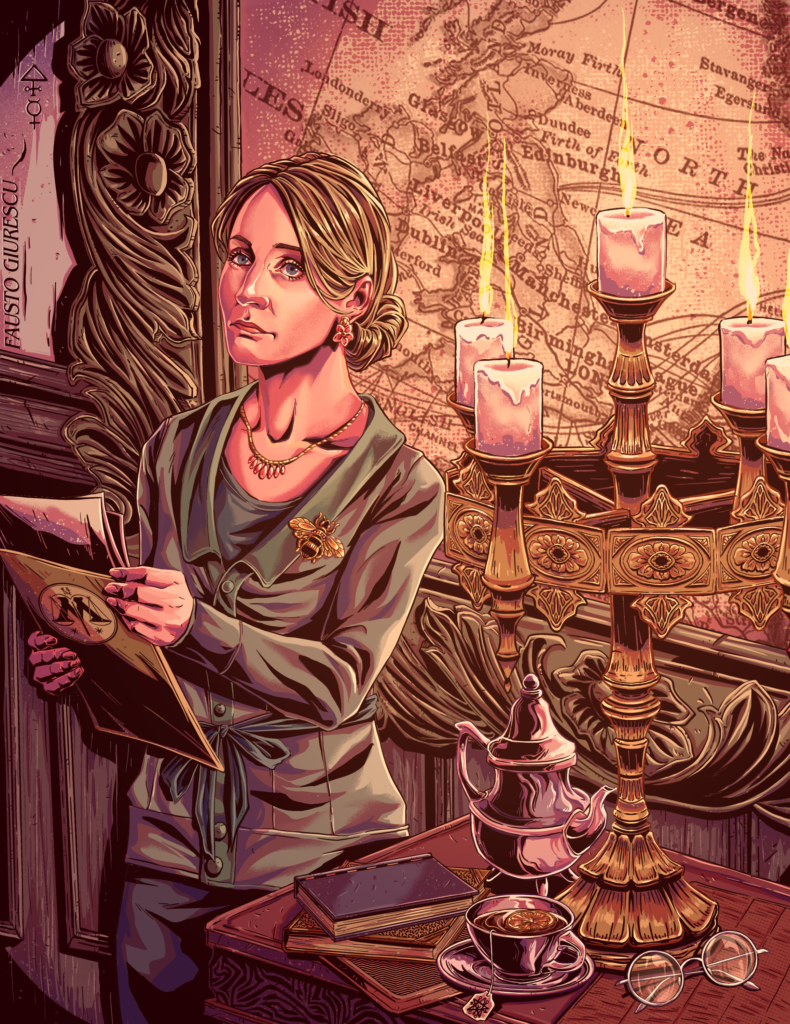 On September 23rd, Coronet Books (an imprint of Hodder & Stoughton) announced the publication of “A Love Letter to Europe”. The book was planned to be published on October 31st, the day when Britain was expected to leave the European Union. However, the conditions changed and the United Kingdom will remain at least for a few more months as part of the EU, but the book will still be published on the original date.

Why are we interested in this book and why is this the main article of this issue? Because it’s the return of J.K. Rowling to the published world! “A Love Letter to Europe” includes a letter written by J.K. Rowling herself, about the continent and her memories. She is not the only author who collaborated with the book, neither the only celebrity. Neil Gaiman and Pete Townshend from The Who, also penned a collaboration that was part of it.

This is not the first time that Rowling takes part in a political book. She participated with a foreword in “Moving Britain Forward: Selected Speeches, 1997-2006” (Bloomsbury, 2006), a collection of Gordon Brown’s speeches, the man who would later become Prime Minister of the United Kingdom (from 2007 to 2010). And this isn’t clear the first time Rowling is active about an election in the United Kingdom either. Since she created her Twitter account, she supported publicly her sides. The first one was “Better Together”, the campaign for a No vote in the 2014 Scottish independence referendum, advocating Scotland continuing to be part of the United Kingdom. She was victorious in that one, since “Better Together” won the referendum and Scotland remained in the United Kingdom.

However, her support for “Remain”, the side that wanted Britain to continue in the European Union, did not have the same luck. As all of us are aware, the people from Britain voted for “Leave”, and that’s the future of the country. And whether you agree with it or not, this led us to a book with new content from Rowling.

In her letter, J.K. tells us about experiences that she had in Europe that were unknown for most (or all) of her fans. Her letter starts with another letter: “The letter was written on thin, pale blue paper. The handwriting was neat and rounded.”. She uses this to introduce us to Hanna, her first pen friend from Germany. A few months after that first letter, she went to visit Hanna and her family at their house in Stuttgart, Rowling’s first experience in continental Europe. Of course, this wouldn’t be her last. “I kept in touch with Hanna for years, and when I was 15, the family invited me, with incredible generosity, to accompany them on a month-long trip to Italy.” recalls Rowling on the second country she visited.

Hanna was not going to be her only pen friend. Adele was the second one, from France, with whom Joanne visited Brittany, at the north west of France. If in Italy was where Rowling tried shellfish, it seems Brittany was the place that introduced cigarettes to the soon to be author.

The tale continues with the third country she visited, this time with her best friend doing backpacking. Destination was Austria. “Looking back, I do slightly wonder what our parents were thinking, letting us go: two schoolgirls with a smattering of German heading off on a coach with no fixed plans and no accommodation booked”. Austria, in this case, concludes the list of countries that we did not know Rowling visited in her youth, with also German and Italy. Although the holidays in France were unknown, we knew Rowling spent several years living in Paris as part of her French degree (and was of course part of the inspiration of Fantastic Beasts: The Crimes of Grindelwald).

Those years are next in her letter, “My mother, a quiet Francophile with a half-French father, was delighted to visit me there; my father, possibly less so, given my perennially unsuccessful pleas to waiters to understand that bien cuit in his case meant there must be no pink at all in the middle of the steak.”, and now we jump to Portugal. “I fell in love with Porto and I love it still. I was enchanted by fado, the melancholy folk music that reflects the Portuguese themselves, who in my experience had a quietness and gentleness unique among Latin peoples I’d encountered so far.”

All the conclusion at which Rowling arrives in the last paragraphs of the letter share the same topic: freedom. The tales in which she tells her adventures through Europe are just a way to visualize the liberty she enjoyed since she was 13 years old travelling around the continent – that continued until her adulthood (and nowadays, obviously), as she points out when says “ Several children of my acquaintance, including my own eldest daughter, wouldn’t have been born without the frictionless travel the EU gave us.”

As this love letter to Europe began with a touching reference to a letter 13-year-old J.K. Rowling received back in 1978, it ends with another letter that French thinker Voltaire wrote to his dearest friend Nicolas-Claude Thieriot back in 1734. She concludes her letter mentioning both her childhood friend Hannah and the XVIIIth century philosopher: “The truth is that I’m thinking of her now because she was my first friend from continental Europe, and because the words of Voltaire that hold so much meaning for me now are these: “[Où est] L’amitié est la patrie.” “Where there is friendship, there is our homeland.” And Hanna, I really don’t want to lose my homeland.”

The full letter is available in A Love Letter to Europe, Coronet Books, to be published on October 31st, 2019.

You are reading an article from The Rowling Library Magazine Issue 35 (November 2019).
Download the magazine to read all the articles, and if you like it, you can support us to help us create more content like this.

« Early review of Harry Potter and the Goblet of Fire: Illustrated Edition
The Melodies of the Magical World »