Thousands of people worked in the ten Wizarding World films that have been released so far. Many renowned actors, a few notable directors, and many more crew and cast members. But only one person among them all, managed to carry out the desire and the dream that for the last 17 years seemed unattainable. 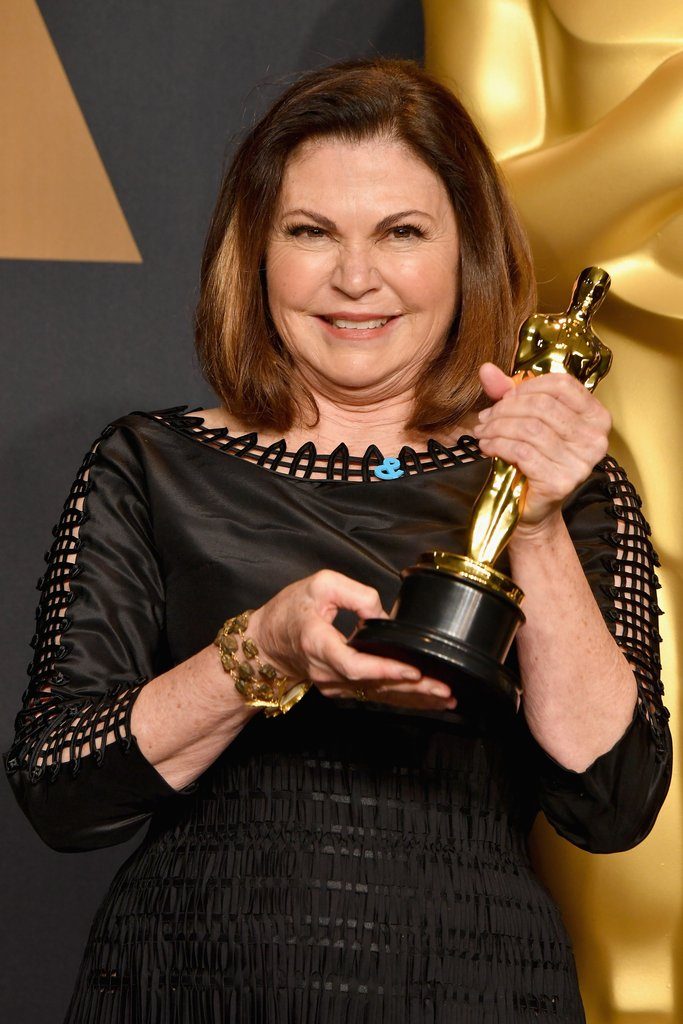 Colleen Atwood born in the west coast of the United States, in the State of Washington, there she started developing her career path studying Painting at Cornish College of the Arts in Seattle. She worked as a Fashion Advisor and then moved to New York, where she studied Art at New York University. After having a job as a Production Assistant, she had the chance to work as a Costume Designer Assistant in the 1982 comedy A Little Sex. That’s how Atwood’s career started to grow – she began designing costumes for theatre and film, and the turning point was when she met director Tim Burton. It was 1990 and she had worked in more than 10 films at that point, but the new society opened her doors. She worked with Burton in more than seven movies in the next two decades, starting with Edward Scissorhands.

It was not until 1994 that she got nominated to an Academy Award for her work in Little Women. The nomination would be repeated in 1998 for Beloved, and 1999 for the memorable Sleepy Hollow, and finally she would receive the accolade in 2002 for Chicago. Films were not her only job: she designed the uniforms for My Chemical Romance, and later she would work on TV in Flash, Arrow and SuperGirl, designing the heroes uniforms too.

The awards would keep coming – she won the Academy Award again for Memoirs of a Geisha (2005) and later for Alice in Wonderland (2010), where she rejoined Tim Burton. Then, the opportunity to join the Wizarding World franchise came: “I was approached by David Yates and David Heyman. Having loved the [Harry] Potters [films], I was totally thrilled at the prospect of creating the special world they described to me.” She wasn’t sure, though, that she was the only one on the spot to get that position. Luckily, it was given to her. “I didn’t hear back right away, so was happily surprised when they offered the opportunity.”

Although the Fantastic Beasts series are kind of independent from the previous Harry Potter films, all of them live in the same Wizarding World. That means sharing not only some known characters and backstories, but also places, spells, objects, and of course, the clothes. But that didn’t mean she had to repeat Jany Temime’s work (Costume Designer for the original Harry Potter films). Being placed in New York’s 1920, that allowed her to do something different: “I wanted to start in a different place and the period setting was the perfect opportunity to no do what had already been done so well.”

The costumes for Newton Scamander, Tina Goldstein and Percival Graves, just to name a few, gave her more freedom because not only the characters were new, but also their age and jobs. However, for Fantastic Beasts: The Crimes of Grindelwald, the famous Hogwarts robes had to re-appear in the big screen. And it was a fun challenge for her as she recalls: “The robes hearken back to a slightly earlier time period than the Potter robes, the sleeves are more belled at the cuff and I added a velvet piping detail to enrich the texture. The hood colors representing the houses was the same as the previous robes.”

On the other hand, the Hogwarts robes allowed to work in a 100% magical environment – while other character’s costumes had to be able to be worn in the Muggle World. When asked how she combined Muggle’s styles with the Wizarding World’s, Colleen says “I took the great silhouettes of the time and added more fullness to the hem on all coats to give them movement when there was action. With Zoe [Leta Lestrange] and Carmen’s [Seraphina Pickquery] costumes, I added delicate capes to the design to enhance the idea of Magic.” 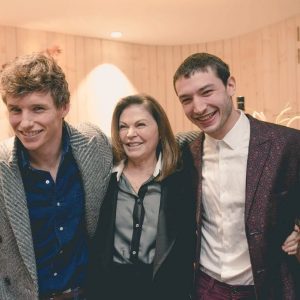 Mrs. Rowling not only approved the final work, but also saw it while it was being developed. She “visited the department to see what the actors were wearing and the tone of the clothing in the world we were building…”. For Colleen, and to everyone who was there, “was so meaningful to be in the room with her!”.

When asked about if she got any inspiration from the illustrations of the many different book covers – or even the recent illustrated editions –, she said no, but confessed that in her opinion “they are all amazing”. This makes a lot of sense, as it is almost a norm that costumes for the big screen have to have something that makes them look a bit different to the ones done in pen and paper for the books, they surely stand out and start trends among the fans.

It was on the night of February 26th, 2017, when the Academy Award finally went through the Platform 9 and ¾ to land in the Wizarding World. It was the fourth Academy Award won by Colleen Atwood, but the first for any Harry Potter film. The Best Costume Design of the 89th Academy Awards went for Fantastic Beasts and Where To Find Them and Colleen Atwood with her magic did what until that moment was deemed as the impossible. It was “pretty amazing and unexpected” she remembers, “you never know with this award” she adds. And it’s true, the original eight Harry Potter films got 12 nominations, but never won anything. Colleen should know she is special and that she broke the jinx, though she humbly adds “The work of so many of my collaborators is honestly Oscar worthy!” with a lot of reason as whoever that watches the Fantastic Beasts’ movies can notice the extenuating and detailed work that all the Production Design has been done on them, the Set Decorations, the Art, the Costume Design and the Makeup Department work together to bring Newt Scamander’s story to life.

After The Crimes of Grindelwald, she returned to work with Tim Burton, for the recently released Dumbo film, an live-action remake of the classic Disney movie. And after that, comes the obvious question. Has she started working for the third installment of Fantastic Beasts? The answer in her own words: “I actually have been waiting to start, so at the moment is a big unknown for me!”. So it seems that Colleen is as much as anxious as we are, patiently awaiting for the magical words to be pronounced.

One thing is sure, though… You may do not like the Fantastic Beasts film series, Minister. But you can’t deny, they got style! 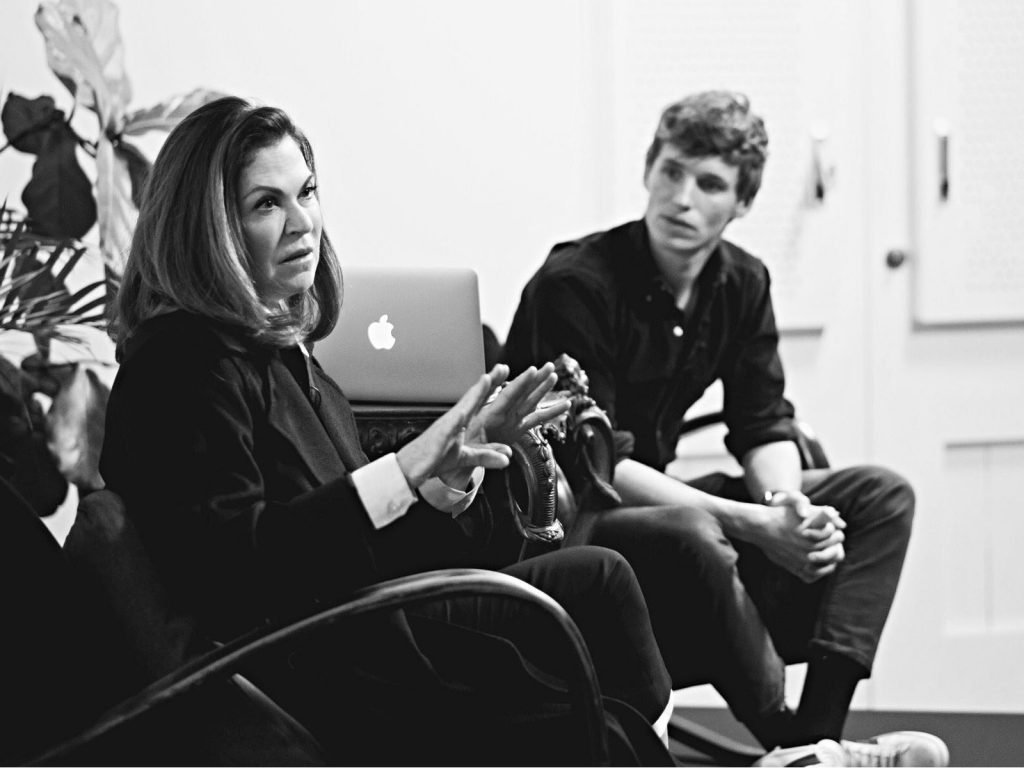