The Archive of Magic is the main companion book for the film Fantastic Beasts: The Crimes of Grindelwald. Written by Signe Bergstrom and designed by MinaLima (the studio that worked on the film), this book is the continuation of The Case of the Beasts, the companion for the first film in the series. As that one had its name and design based on the leading item of the movie (Newt’s case), this one is based on an Archive from the French Ministry of Magic, one of the archives that Newt and Tina try to get to know Credence’s real identity. 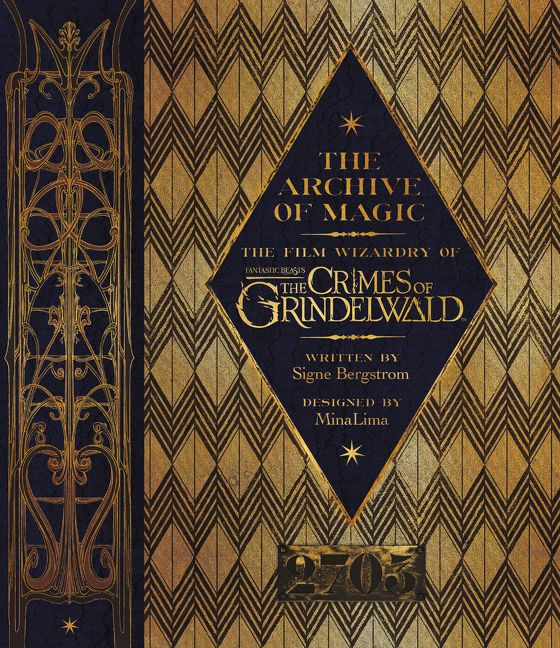 The book opens with a foreword by Jude Law – who plays Albus Dumbledore – where he explains he was a fan of the saga (he read the book to his children) already when he was offered the job, and that he spent an afternoon with Rowling to learn more about the background of his character. Right after, we are introduced to the film themes and we can read some quotes by J.K. Rowling herself, explaining why she decided to work on these new movies and this new story she is trying to tell. No need to say that everything in this book is surrounded by photos, prop designs, costume designs, proposals, sketches and more from the production of the film.

One of the most interesting things are the interviews with the cast and crew. Actors and actresses tell their experience filming the film and their relationship with their characters and Rowling herself. In some cases, the author talked to each actor and gave details about the backstories of their roles, to understand more about their nature. The crew explains secrets, of how some effects were created, or how some sets were built.

The book also includes photos and scans of a lot of prop that were not part of the final film. One clear example is one of the letters that Tina wrote to Newt while they were apart. Or the Spellbound Magazine, with the article about the launch of Newt’s book, including photos from the event at Flourish and Blotts.

Among the prop replicas, we can see Credence’s Certificate of Adoption, Ministry of Magic Identity Card, Tina’s postcard from Paris, among others. In that sense, The Archive of Magic is similar to the Harry Potter Film Wizardry, that also showed paper prop replicas from the original eight films.

In my opinion, this book is the perfect companion for the film, even more than the Original Screenplay that is also for sale. I enjoyed reading it almost the same than watching the film, because it let you immerse in the Wizarding World in a different way, knowing the secrets and telling you even more about the story that the film itself. Totally recommended! 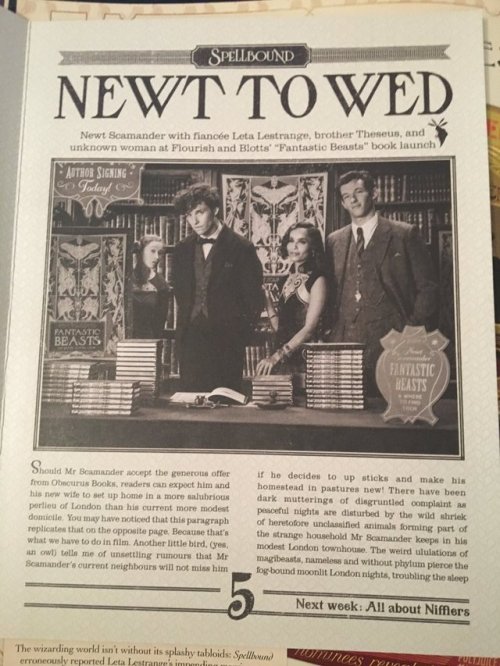 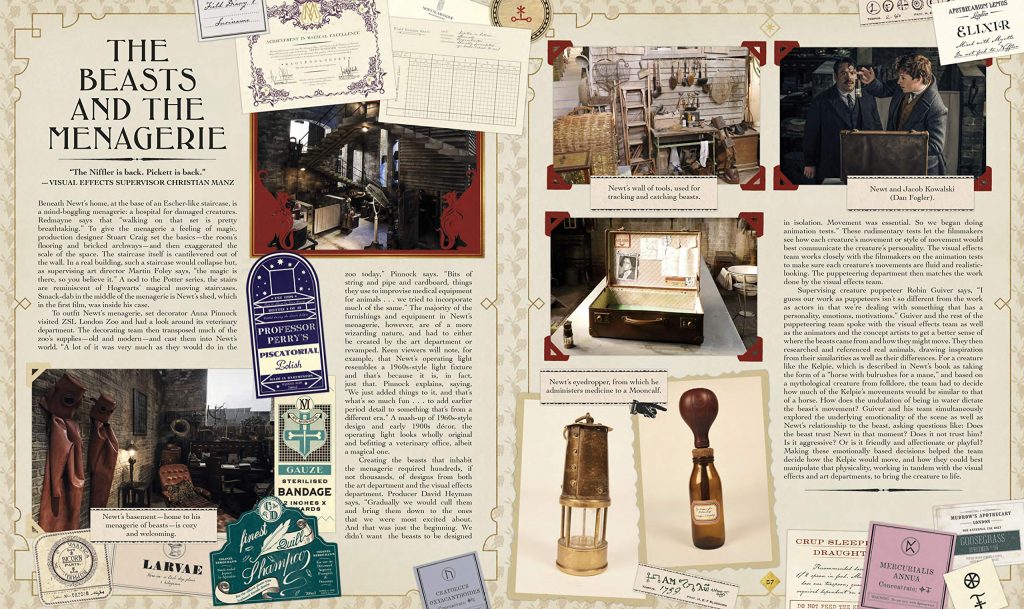