It was 2001 when the first companion book for the Harry Potter series was published. Fantastic Beasts and Where to Find Them, written by J.K. Rowling, was released to the Muggle world as a text-book from the Wizarding World, by Newt Scamander, to help the non-profit organization Comic Relief. The book was a facsimile copy of Harry’s book, including his annotations. It was also the 52nd edition of Fantastic Beasts and Where to Find Them, and the only one made available for the Muggle public.

However, with the release of the Fantastic Beasts and Where to Find Them movie, some inaccuracies started to appear. Some of the new creatures that were featured in the film were not part of that book. A few months after the film released, a new edition of the book was released, with the new creatures and an explanation that never fit (you can read more about that in our Issue #6, where we explain how that new edition contradicted canon as we know it).

But even if we accept this 2017 edition of the textbook as canon, what is going to happen with the new creatures? In the Comic Con trailer released in mid July for Fantastic Beasts: The Crimes of Grindelwald, we saw at least two new creatures that are not part of the book. A dark cat with big blue eyes, that seems to guard an old lady from the French Ministry of Magic, and a Chinese creature called ZouWu, as J.K. Rowling confirmed in a featurette released by Warner Bros. (that also supports the theory that China is going to be the country of the third installment in the series).

With this, two new questions arise: the first is, why were these new creatures not part of the last edition? Why did Newt not include them in his bestiary? The excuse to not include the American beasts previously was because MACUSA President Seraphina Picquery asked him not to (this does not make sense either, check our article from Issue #6). But what will be the excuse this time? Will the French Ministry of Magic ask him the same? Or, will it be the Chinese Ministry of Magic? If that is the case, then Newt Scamander is a “great follower of orders”, contrary to what Dumbledore says.

The second question is whether J.K. Rowling plans to release another new edition of the Fantastic Beasts and Where to Find Them textbook, adding the new creatures and – maybe – a new explanation. If that happens, will the latest edition become obsolete? Why is Newt Scamander releasing these new editions, with new beasts, in parts, and not all together? Of course this follows the release of the creatures in the films, but since this is an in-world book, it should follow canon and story more than marketing purposes.

Let’s hope there is an explanation for this and maybe, with a bit of luck, we do not need a new Fantastic Beasts edition to explain the absence of these two – only two, so far, though there could be more – creatures in The Crimes of Grindelwald. 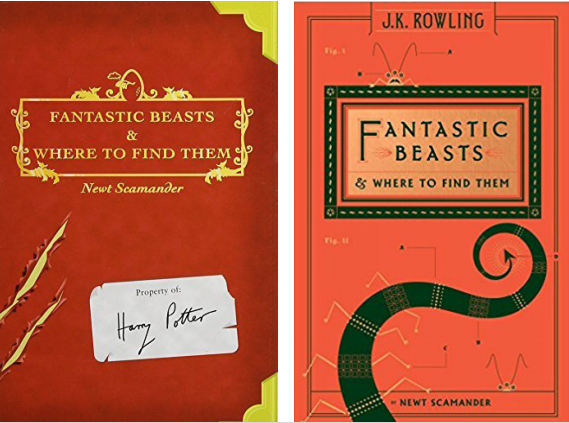 You are reading an article from The Rowling Library Magazine Issue 20 (August 2018).
Download the magazine to read all the articles, and if you like it, you can support us to help us create more content like this.

« Is Dumbledore teaching Defense Against the Dark Arts?
Johnny Depp: The Great Pretender »