The sequel of Fantastic Beasts will hits theaters one year from now, on November 16th, 2018. But we do not have to wait 365 days to know more about the film, since today they release the movie title and a promotional image with all the main characters. 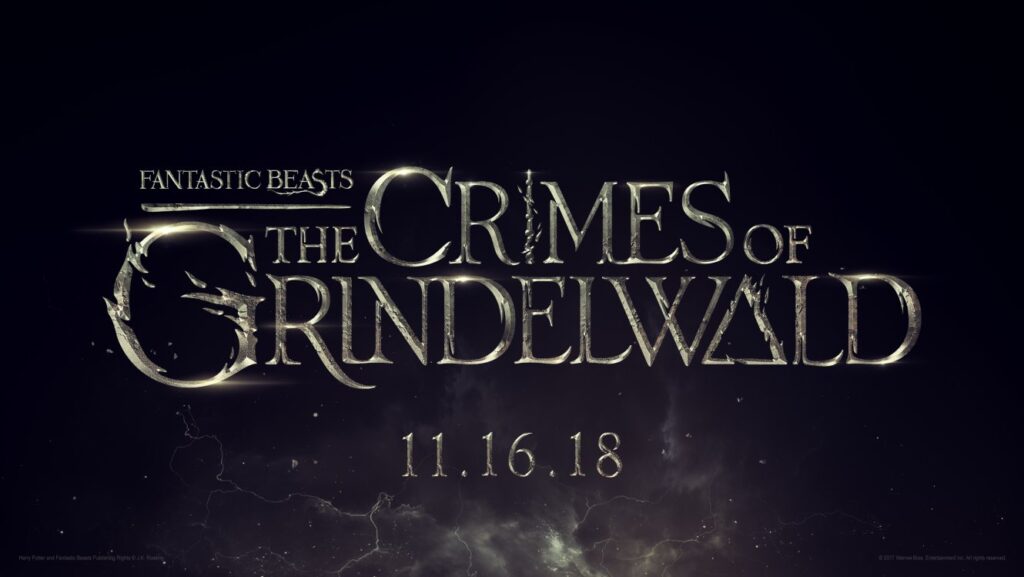 Not only they release the title (and its art), but also a picture depicting the main characters, including of course Jude Law as Albus Dumbledore.

Besides the soon-to-be Headmaster of Hogwarts, we can see Grindelwald, who is already the owner of the Elder Wand. And there are two other surprises. The first one is Leta Lestrange and Theseus Scamander, Newt’s brother, who are not only holding each other but, as a new synopsis by Warner Bros reveals, they are engaged.

The other revelation is that Credence is well and alive, and he is with with Claudia Kim’s character. When first announced, we did not know the identity of her character, and we even theorized she was going to portray some creature in the circus. Now, we know she will play “Maledictus, the carrier of a blood curse that destines her ultimately to transform into a beast.” It is easy to see their share a curse that they cannot control and may cause harm to others.

This is the official plot synopsis revealed by Warner Bros.:

“At the end of the first film, the powerful Dark wizard Gellert Grindelwald (Depp) was captured by MACUSA (Magical Congress of the United States of America), with the help of Newt Scamander (Redmayne). But, making good on his threat, Grindelwald escaped custody and has set about gathering followers, most unsuspecting of his true agenda: to raise pure-blood wizards up to rule over all non-magical beings.

In an effort to thwart Grindelwald’s plans, Albus Dumbledore (Law) enlists his former student Newt Scamander, who agrees to help, unaware of the dangers that lie ahead. Lines are drawn as love and loyalty are tested, even among the truest friends and family, in an increasingly divided wizarding world.”

and you can read more in this Pottermore article.