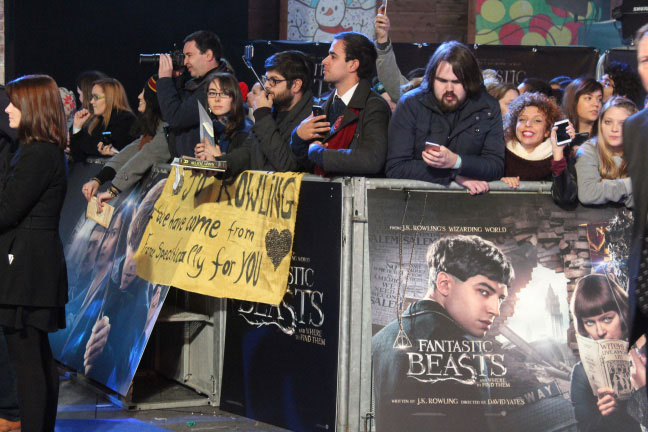 I’m glad it wasn’t the first time I went to London. I’m not sure how I could have enjoyed this beautiful city while checking my cell phone every two minutes to see if anything had happened in the Potterverse.

I was eating breakfast near Camden Market the morning before when I saw on Twitter that fans were invited to come right away to the Odeon at Leicester Square to pick up bracelets for the Premiere. Apparently, a limited number of fans would be granted access to the event, and the bracelets were a good way to prevent fans from waiting at Leicester Square all night long.
All they had to do (had they gotten a bracelet) was to come back on the 15th at the beginning of the afternoon and their bracelet color and number would give them access to some areas of the square where they could see the cast and crew from the film walk the red carpet. It was a better and organized way for the fans to be able to attend the premiere and meet the cast and crew.

Though the invitation stated we were expected to arrive at Leicester Square at 5pm on November 15th, we were way too excited and decided we would arrive early and take a chance to speak with fans and take pictures. We met with people from all around the world and asked them a few questions.
After going through a few bag checks, we were allowed access to the red carpet. As our invitations stated, we would be seated in the Empire theater, right in front of the stage on which all the cast and crew were to be interviewed. We can’t express how beautiful the red (actually blue) carpet was. We had about an hour before the doors of the theater would close, so we decided to walk around, try to see part of the cast, and listened to the interviews.

During our time at the Fantastic Beasts and Where to Find Them London premiere, we met with some really cool fans who agreed to share their thoughts on the movie, the premiere and their expectations with us.

What surprised us the most when talking to the fans in the queues was how only very few of them had read the 2001 book Fantastic Beasts and Where to Find Them. Just like any other Harry Potter event, some fans had travelled from very far away to attend the premiere. For them, that was proof enough that despite what some can say, the Harry Potter phenomenon is definitely still alive.

We asked the fans if they had any expectations concerning which cities they would like Newt Scamander to visit in the upcoming movies. Paris was the first choice, which is good news as it is Newt’s next destination. Amsterdam, Berlin, Boston and Rome were also amongst the most wished for cities. Time will tell us if Newt is planning to set foot in one of these.

As the bracelet system to access the premiere seemed quite new, we asked the fans what they thought of it. Most of them agreed that it was well organized and they appreciated how Warner Bros made sure they wouldn’t have to spend the night outside in the cold to get the best spots. However, some pointed out they would have appreciated if the news that they could come pick up bracelets the day before had been more widely communicated. 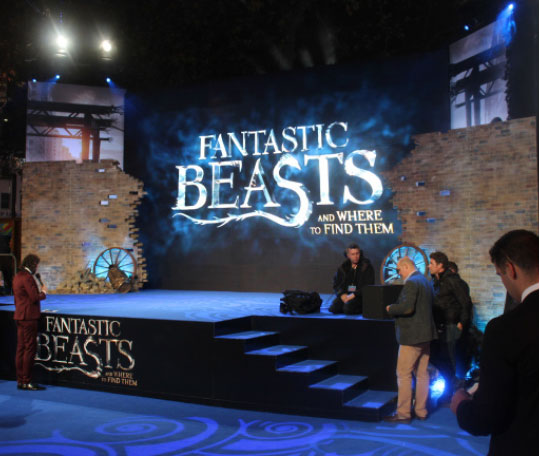 After a while, it started raining and we decided it might be time for us to walk into the theater. The decor both in and outside the theater were thrilling: torches to light up the red carpet, a fake broken brick wall to remind us of the beginning of the movie and a gigantic case just like Newt’s, were among others set props.
We watched the end of the red carpet from the enormous screen inside the theater, with all the other guests. On each of our seats was a little message from J.K. Rowling, thanking us for being here, wishing us a fantastic screening and promoting her charity Lumos. We won’t say much about the content of the interviews from the red carpet, as the whole event can be re-watched online and if you haven’t watched it yet, we invite you to do so immediately. Soon after the end of the red carpet, the lights in the theater went off as the movie started.

You are reading an article from The Rowling Library Magazine Issue 2 (December 2016).
Download the magazine to read all the articles, and if you like it, you can support us to help us create more content like this.