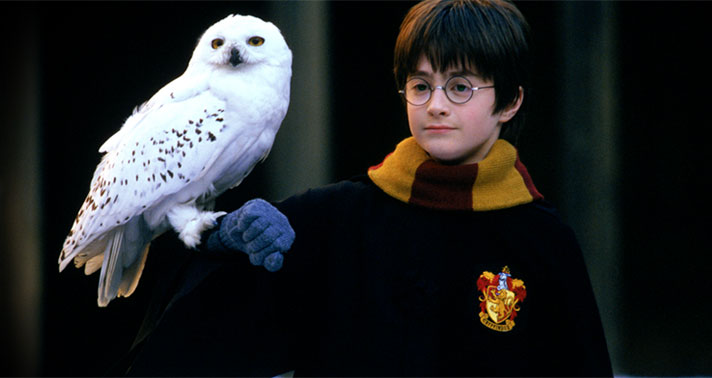 It is December and my eleventh birthday is just a week away. Last month, at the end of November, Harry Potter and the Philosopher’s Stone was released in cinemas around the world. The internet has not exploded (yet), so the only thing I watched (and I did it hundreds of times on QuickTime, because I downloaded it through my dial up connection) was the movie trailer. No spoilers, no extra scenes. Just the same 3 minutes over and over again.

At the time, money was an issue, so a cinema ticket was not something I could easily ask for from my parents. But as an earlier present birthday, my mom took me to watch my first Harry Potter movie. I still remember the t-shirt I wore that day (the very same shirt that, a year later, I wore for Chamber of Secrets, because as a kid I thought it was some kind of ritual).

But sadly, the feeling I had that day was not part of me again. Not even with Chamber of Secrets, and of course not with the latest films. Maybe because I (as did a large part of the fandom) became an adult, or maybe because the first movie was 100% discovery. Every one of the actors, every location, every spell, every special effect was new. It was a new world to be immersed in. Yes, I had read the first three books by that time – but the first movie is full of surprises for a child’s eyes.

And this week we have Fantastic Beasts and Where To Find Them in theaters all around the world. It is set in the same world we already know – but almost everything is new again: new characters, new spells, new creatures, new location – even new Wizarding Schools! And for the first time in years, the feeling that child felt years ago on a sunny day in December is growing again.

I would give a lot to be a child again, to be back in those simpler times. And Fantastic Beasts is the closest I can be to that again. So just for one day, I will go to the theater and I will be my ten-year-old self again. And I won’t care if this movie is just another way for Warner Brothers to take money from the fans. I won’t care about the plot holes, or if the CGI is poorly done, or whatever. We will have enough time for that. Just for one day, I will dive into the magic world again, and enjoy it as the little kid I used to be.

I hope you can do the same.