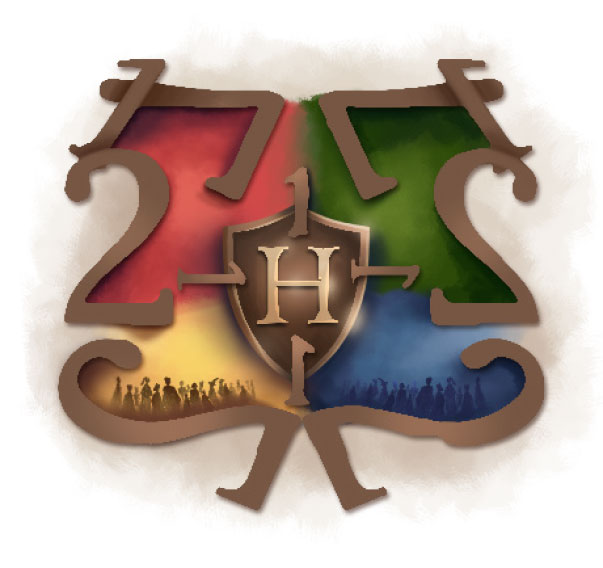 This is possibly one of the most asked question in the Harry Potter fandom that has a number as the answer. We will try to answer how many students attend to Hogwarts in a year – by quoting J.K. Rowling, paragraphs from the Harry Potter books and a bit of the movies (we apologize to those loyal to the canon!).

The curiosity started even before the movies. In 2000, in an online chat with Scholastic, J.K. Rowling replied “There are about a thousand students at Hogwarts.”, which creates an inconsistency throughout the books.

If Hogwarts had a thousand students, then there would be around 250 students per house, which would translate into 35/36 pupils per house por year (not a calendar year, school years.) Taking as an equal distribution among boys and girls, there would be 18 boys in Gryffindor sharing Harry’s year – but we only heard about Ron, Neville, Dean and Seamus. Something is not right there. There might be a possibility that those students exist, but since Rowling got us used to reading about characters which are not very central to the books, specially in the last ones. If there had been other students, we would have known.

It was in 2005 when Jo mentioned the topic again, after a question by Emerson Spartz (MuggleNet.com founder.) After a few moments’ consideration and admitting math was not her thing, she seemed to accept that there are 600 students at Hogwarts.
Is that number consistent with the rest of the canon? It was in Pottermore where Rowling published The Original Forty, an article about the original forty students in Harry’s year, each one with its own house and gender. This makes more sense: if each new year has ten students per house, we can assume that we know all the boys in Gryffindor in Harry’s year.

So, at a pace of 40 students per year, it is easy to see that in Hogwarts should be about 280 pupils – about half of the guess made by Rowling in 2005. In any case, it is in the third book, Harry Potter and the Prisoner of Azkaban, where the facts back up Rowling’s assumption from that interview: there were two hundred Slytherin supporters in the stadium during one Quidditch match. It is totally plausible that one third of the students support the snake house – what’s more, the initial guess of 600 could be short, and there could be almost 700 students in that particular year.

But what about the original forty? Luckily for us, there is a sentence often ignored in that piece: “While I imagined that there would be considerably more than forty students in each year at Hogwarts, I thought that it would be useful to know a proportion of Harry’s classmates, […]”. Definitely, those forty boys and girls are not the whole Harry’s year – and the assumption of 600/700 students is definitely the one that makes more sense.

One more thing: in the film adaptation of Harry Potter and the Philosopher’s Stone, there are about 120 kids in each table of the Great Hall, with a total of, again, about 600 as a whole (a little less, in fact.) We know we can not consider the movies as canon, but Jo said about that scene “It is as I imagined it inside my head”, which again, enforces the idea that there are about 600 or 700 students at Hogwarts.

A little something to add: let’s suppose 600 students. That would mean 85 students per year, with roughly 20 (perhaps more) per house. As we remember correctly, many of the classes (Potions, for example, with Severus Snape) are shared between the houses. That would mean 40 students per class. It’s only logical: it is a reasonable number of students in one class.