Perhaps trying to ride the “Pottermania” wave, Scholastic (the books’ American publisher) decided to publish a deluxe edition of Harry Potter and the Order of the Phoenix. The main difference with the regular edition was that the deluxe’s came with a protective slipcase, and the cover had an exclusive illustration by Mary GrandPré, who had made the drawings for all of the American editions.

Few people know, however, that this bluish illustration featuring the entrance to Grimmauld Place was also used for another edition that Scholastic never launched onto the market.

A year after it was published, in June 2004, Scholastic decided to print a special paperback edition of the book, where the front and back of the book were just the drawing of Grimmauld Place. This edition doesn’t have any title — in fact, it is the only one in the world that doesn’t have the name on the book printed on the outside, nor anything related to Harry Potter. The only thing it says is Scholastic, and one simply has to open the book to find out its title (if it not easy to guess just by its cover.)

Opening it, one can find a letter of the editorial printed in the first page, in which they thank the booksellers from the United Stated for bringing the saga to millions of readers. As a thank you, Scholastic gives them this edition of 5.000 copies as a gift to them. This edition was a gift to those who attended the BookExpo America of 2004 (BEA.) This is the reason why this edition is known as Order of the Phoenix BEA Edition amongst collectors.

This is a very special and pretty edition because, as we have mentioned before, there are no words on the cover, which makes it look clean, without upsetting nor disturbing Mary GrandPré’s amazing illustration. Unfortunately, Scholastic didn’t do the same for subsequent books, so this edition cannot be added to any collection nor can it be placed with any sets of similar editions.

If you want to add it to your library, every once in a while one can find decent and in good shape copies in eBay and AbeBooks. 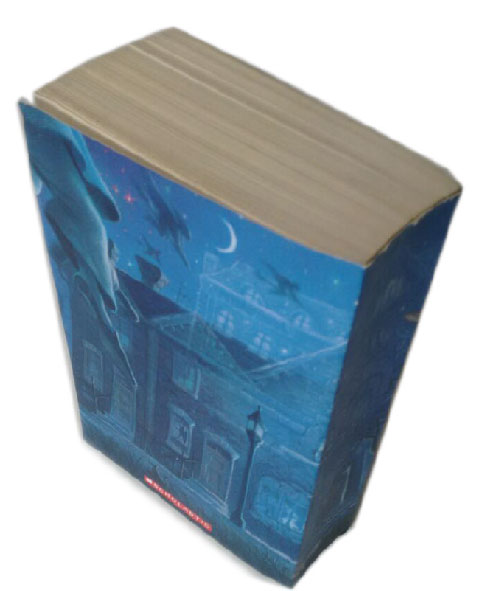