These are the previews of this new Gift Edition:

The colors of the boxes used in this slipcased edition could be a clue for what we can expect in the deluxe illustrated editions – since it seems they are following a pattern. It is easy to see that the colors used in the slipcase editions are the same that Bloomsbury uses in the deluxe illustrated edition for each book published so far: Philosopher’s Stone and Chamber of Secrets. 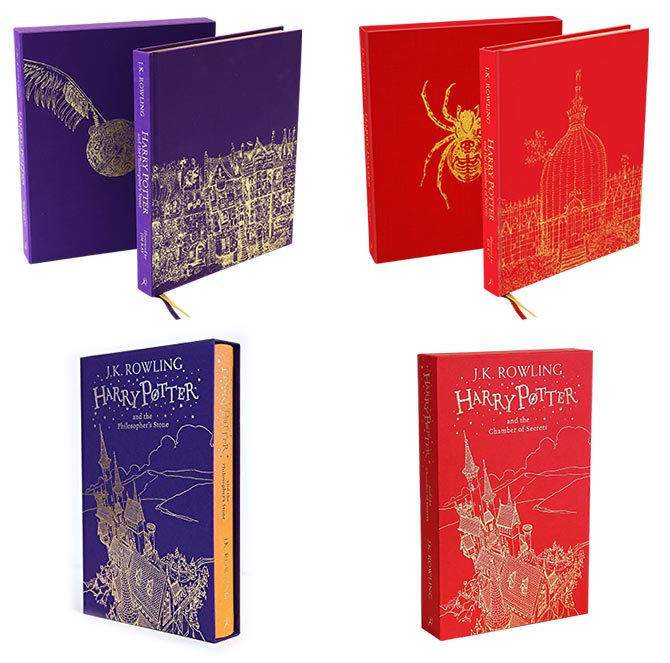 This could mean the Design Department at Bloomsbury already picked the color for each book. If that’s true, this is how the deluxe illustrated edition would look for the remaining books: