Lumos, the international non-profit organisation founded by J.K. Rowling to help countries reform their services for disadvantaged children, has launched a new crowdfunding campaign to purchase special equipment so children with disabilities can go to school.

The campaign J.K. Rowling’s Lumos: Help Kids with Disabilities launched last Tuesday and aims to raise $35,000 USD. Though it will last 20 days, it already raised more than $16.000 USD, which means they will reach their goal!

Among the perks, there are items from the Harry Potter movies, as a Hogwarts Map and a Costume Kit. However, what are interesting for us are the three first editions of The Tales of Beedle the Bard signed by J.K. Rowling specially for this campaign. You can get one of these for $2,500 USD – one was already claimed, so only two copies left.

If you plan to donate, do it through this link. You can help us to receive a special perk – that we decided it will be auctioned for charity too! 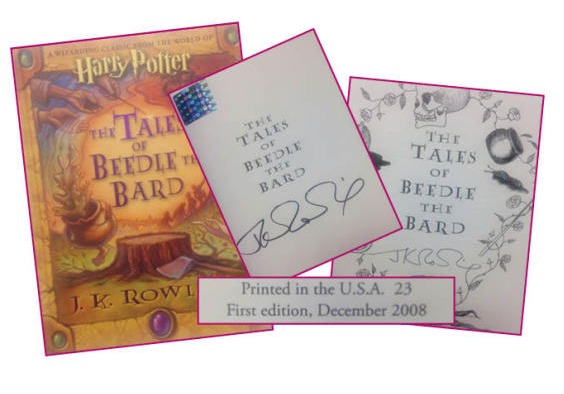 « Harry Potter audiobooks available from Audible
Fantastic Beasts and Where to Find Them: Trailer and Poster »