Harry Potter and the Cursed Child will open next year in London, England. But the artwork, date, prices and even the tagline has been released today for the, as they call it, the eight story. 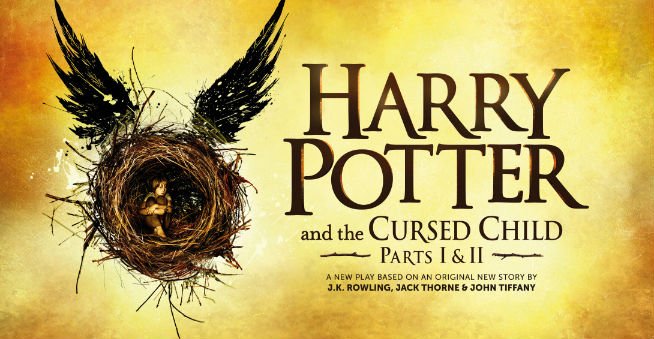 The new artwork for the Harry Potter play shows a snitch-shaped nest with a child inside. That’s all the official information released, but Baz Bamigboye, from the Daily Mail, who broke the story first months ago, revealed more information.

The preview will be on June 7th, and the official opening day with both parts performed on same day is July 30th, at 2pm and 7:30pm. Both parts will play Wednesdays, Saturdays and Sundays, after July 3rd – the schedule for the preview month (June 7 – July 3) is not set yet.