The new and awaited Pottermore was released this morning. We spent a few hours exploring it, and analyzing the changes that this new version of the digital platform brings to the fans. 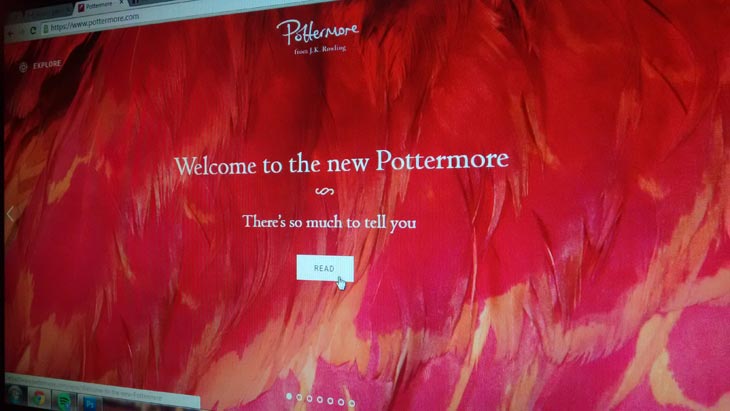 The first thing you note when you visit the new Pottermore is a total change of the visual aspect. Gone is the immersive platform with illustrations that would make us feel (literally) inside of the wizarding world. Text is now in abundance, but presented in much more aesthetically pleasing and easy to read. Not surprisingly – the experience is much more smooth. One case in particular where you can see the advantage: the mobile version now works perfectly – in fact we gave our first look in an Android device.

The hierarchy of content makes it easy to find what you are looking for. No need to remember in which chapter of which book something appeared, because the site is divided into three main sections: Written by J.K. Rowling, Explore the Story and Features.

The first, already defined by its name, has all new material that Rowling published (and will continue to publish) on the platform. Even for this relaunch a new text about the Potter Family was added. Explore the Story would be the beginning of the Encyclopedia – a set of profiles and pages of history elements: characters, places and items described through fact files, illustrations, quotes and movie elements (such as images and concepts). 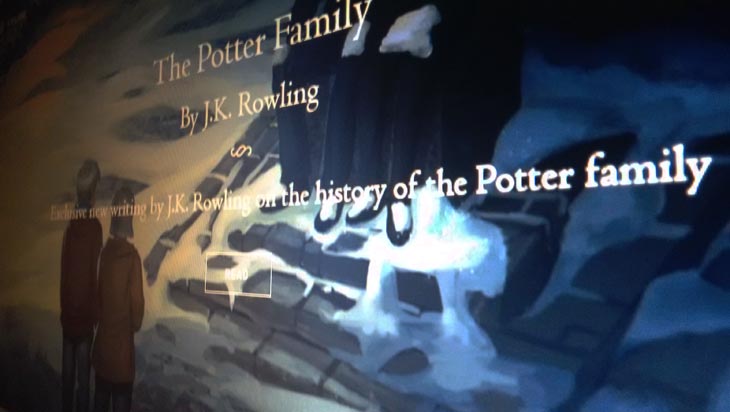 The Features section is a collection of writings, composed primarily of excerpts from books on how certain parts of the film were made; texts on the creation of Pottermore; and articles à la Buzzfeed, with titles such as 7 reasons to love Luna Lovegood or The 5 Death Eaters you’ll never forget. 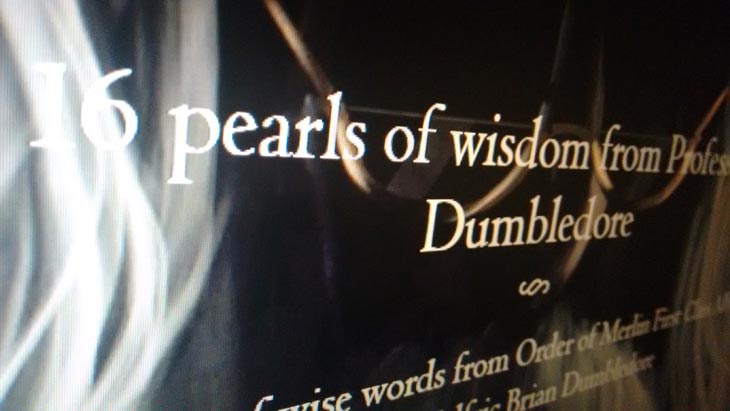 Most of these texts seem to have been written by a secret person working on Pottermore, called The Pottermore Correspondent. Though we can not confirm his/her identity, we are almost sure this person is a journalist with a past in The Huffington Post.

This new Correspondent also wrote an article on what we already know about the upcoming Fantastic Beasts film, and promises more info for the future (with a visit to the set, possibly). So this sets Pottermore as the base for official news of the Harry Potter world, including films, plays and, of course, books. 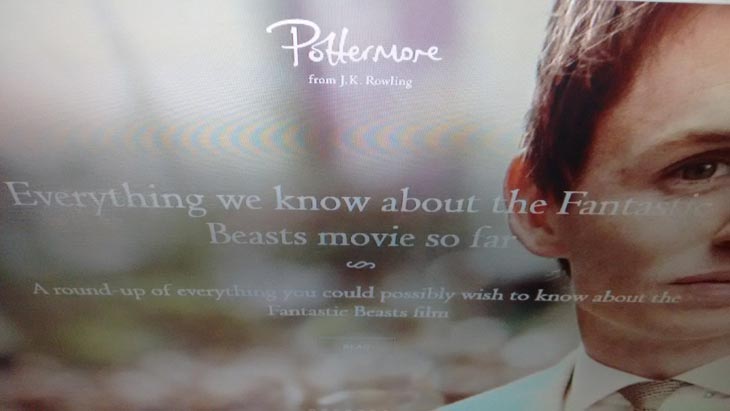 In summary, this new Pottermore focuses more on the content, which can be divided in three main categories: new text from J.K. Rowling (hooray!), articles from the Pottermore Correspondent/ profiles from the books, and news from the Harry Potter world (though this is not fully released yet, it seems).

The design is also improved, not just visually. It is now accessible for search engines and for the disabled, with the possibility of sharing permanent links to the content, copy and paste texts, etc.,  so we cannot be not happy with this new Pottermore!

One thing to note: this new version comes only in English. Though this decision was made to be able to update and add content without the need to wait for translations, it may leave out to the international fandom base. Something to consider to the future.

Go and experience yourself the digital platform of the Harry Potter Wizarding World.