The Bookseller, the most popular website for publishers and booksellers in the United Kingdom, has published an interesting article about the changes that are coming to Pottermore, the website thought by J.K. Rowling for Harry Potter fans.

The first paragraph of the article may give a right idea about the changes that are coming: “The new mobile-first version will drop the gaming elements, focus on its core audience of young adults, and allow its content to be indexed by search engines.”

The new website, that will leave behind the idea of games and chapters, will let J.K. Rowling showcase her new writing about the Harry Potter world. The central concept behind the original site, the idea of users becoming students of a virtual Hogwarts, will be removed too.

After analyzing stats and profiles of the current user base, the Pottermore team knew that the core audience was young adults – not the children for whom the games were appropriate.

Not only a more adult platform is coming, but a more updated one as regards technology. The old Pottermore was made for desktop computers, while the new is focused on the mobile experience.

Anna Rafferty, director of product, creative and content, said: “We are opening up all that content—this world is expanding and we want people to have access to all of that, whether they are superfans or not. It is no longer a linear experience. It’s not a book. You don’t read a website from the home page to chapter one to chapter two, and we needed to reflect that. There are going to be hundreds of thousands of landing pages. It’s an immersive world, but one you can rummage around in.”

The relaunched site will feature a new logo, written in Rowling’s own handwriting. 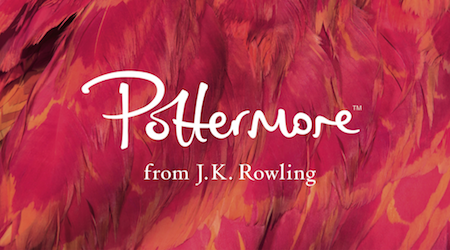