Career of Evil is the third book in the highly acclaimed series by Robert Galbraith, and will be published on October 22nd, 2015. Along with the publication date, Little Brown has released a synopsis and the cover art. [wordery isbn=9780751562279]You can pre-order Career of Evil with free worldwide shipping from here.[/wordery]

When a mysterious package is delivered to Robin Ellacott, she is horrified to discover that it contains a woman’s severed leg.

Her boss, private detective Cormoran Strike, is less surprised but no less alarmed. There are four people from his past who he thinks could be responsible – and Strike knows that any one of them is capable of sustained and unspeakable brutality.

With the police focusing on the one suspect Strike is increasingly sure is not the perpetrator, he and Robin take matters into their own hands, and delve into the dark and twisted worlds of the other three men. But as more horrendous acts occur, time is running out for the two of them… 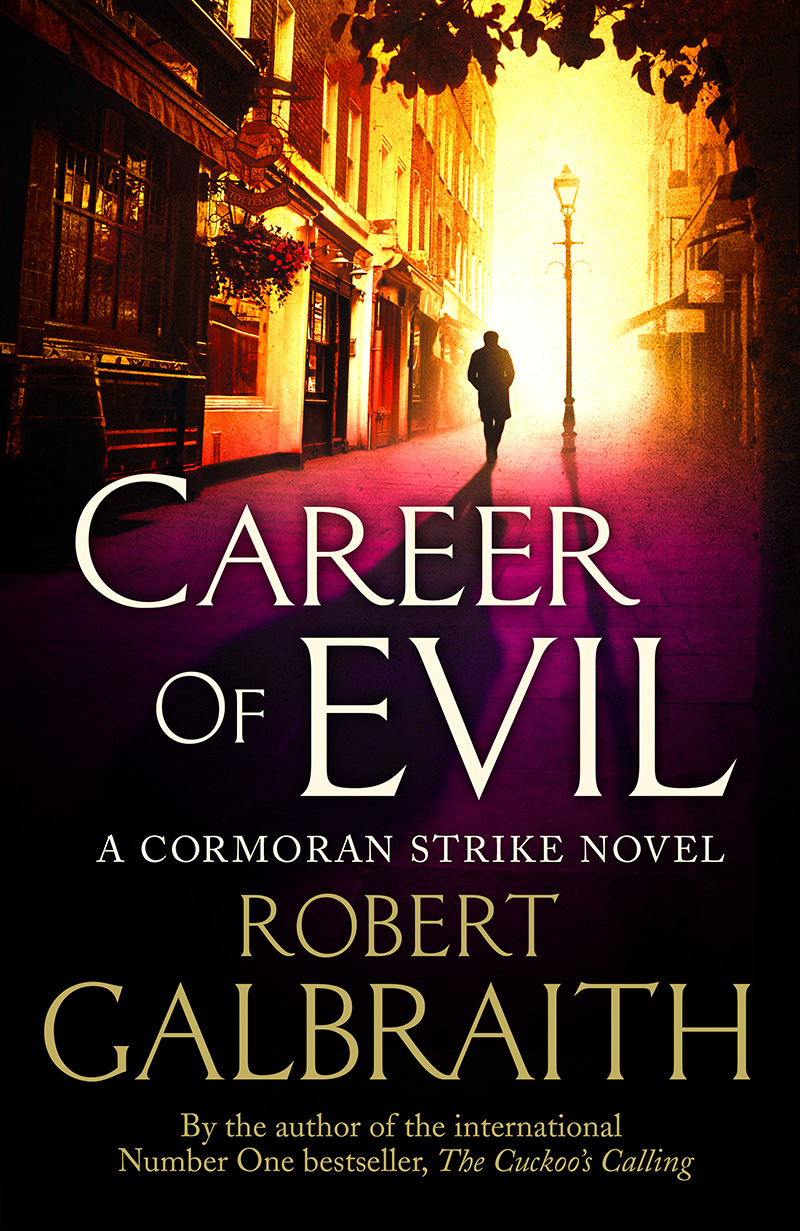