Little, Brown has just announced a new edition of The Casual Vacancy published today. This new edition is released today to tie-in with the release of the BBC One drama, the adaptation of the novel produced by BBC and The Blair Partnership.

The cover shows the main characters potrayed by the actors. This is the first time it happens in a cover of a J.K. Rowling’s book. It was strictly prohibited to publishers with the Harry Potter books – but not this time, it seems. 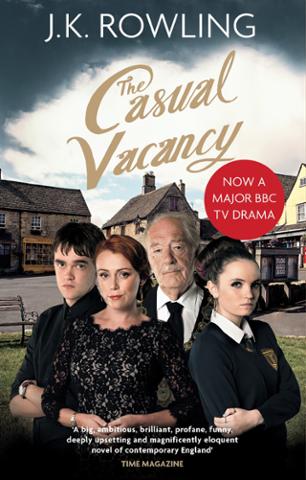 This paperback edition can be bought on Amazon for £8.99.

« Signed edition of The Goblet of Fire is part of National Book Auctions on eBay
New photos of The Philosopher’s Stone: Gift Edition »