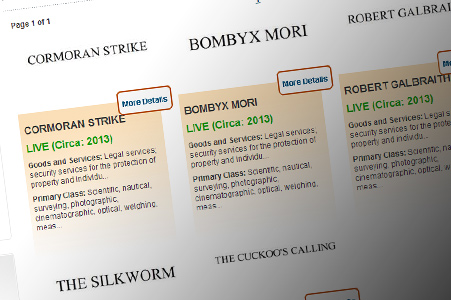 When the name of the new Robert Galbraith’s novel was announced, everyone tried to remember what a silkworm is. A silkworm is a larva, and as an insect, is a primary producer of silk. Its latin name is Bombyx Mori – and no, that’s not a spell of the Harry Potter world.

A quick search shows that Robert Galbraith Limited, the company created by The Blair Partnership to manage all the trademarks of this new author, registered The Silkworm as a trademark, but also Bombyx Mori. This could have hinted that the the title of the book could have been Bombyx Mori instead The Silkworm, but Rowling choose the latter.

Just like happened with The Cuckoo’s Calling, there is no doubt that a property of the insect will play a major part in the plot of this second crime novel by J.K. Rowling.