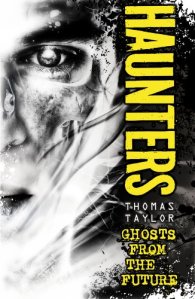 Thomas Taylor’s first novel brings back one of my favorite subjects: time travel. But how? Or I should say where?

Since his father died, David Utherwise has been dreaming about Eddie, another 14-year-old boy who he already considered his friend, who he cares for even if it is not real. But the same day he dreamt about a burning house and the possible death of Eddie, the truth will be revealed – he is a dreamwalker, but he is not the only one.

He is now part of ‘The Dreamwalkers Project’, people just like him, who can time travel through their dreams, and aim to protect the world from ‘The Haunting’, a sinister organisation that manipulates history for money. The inexperienced Eddie will have to stop Adam – the most powerful dreamwalker who works for ‘The Haunting’ – and his plan to destroy the world and The Project. But Eddie won’t be alone, as he has his ally (not all of them trustworthy) and the dreamwalker power in his blood.

In Haunters, the war is inverted – the living are the ghosts, and the haunted are the dead. Will Eddie save the past, the present and the future, from the hands of ‘The Haunting’?

With an agile development of the story, Taylor managed to write a gripping novel that will perfectly appeal teenagers. For the Harry Potter fans, a few nods can be found in some instances of the book.

The book has been published in United Kingdom by The Chicken House in May 2012, and now is reaching The United States by Scholastic.

Thomas Taylor is the cover artist of Harry Potter and the Philosopher’s Stone. 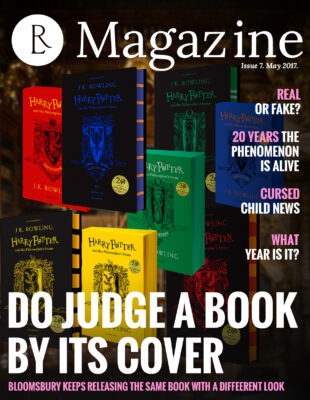