The people from Simon & Schuster were kind enough to send me a copy of Dear Me… A letter to my sixteen-year-old self two months prior to its release date. Dear Me… is a book about advice. Some of the best-known celebrities write a letter to their sixteen-year-old selves. Some offer pieces of advice, some tell about their future (or not), and some are provocative… However, they all address the vulnerabilities of being teenagers, neither children nor adults.

I was surprised to find that in addition to a great letter, Jo had also written a foreword. In it, Jo confesses to have watched her daughter (who is seventeen years old), and compares her to herself when she was a teenager. In her words, she wouldn’t go back to being sixteen for anything in the world.

In the letter itself, Jo offers to her young self pieces of advice, about how to avoid mistakes that are commonly made by teenagers. It’s a treasured letter you should read, and has a really sweet ending (and, of course, a reference to the Potter books). A fun fact: the letter is presented as the original, featuring Jo’s handwriting and a photo of a young Rowling.

As if the special preface and the letter were not enough, J.K. Rowling had also decided to donate 1$ for every copy of “Dear Me” that would be sold, to the select organization “Doctors Without Borders”.

I can’t help but mention a couple more letters from others celebrities, like Hugh Jackman (who says “Buy shares on Google when they are invented” to his young self), or Stephen King (the King of Horror writes “Just five words: stay away from recreational drugs”). They are inspiring and I’m sure they’ll manage to make every reader smile (at least).

The book will be available to buy from October 25th – I highly recommend getting it! And hey, it may not be a new Harry Potter book, but the new content by Rowling is definately worth it 🙂 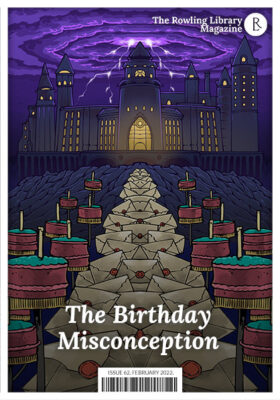