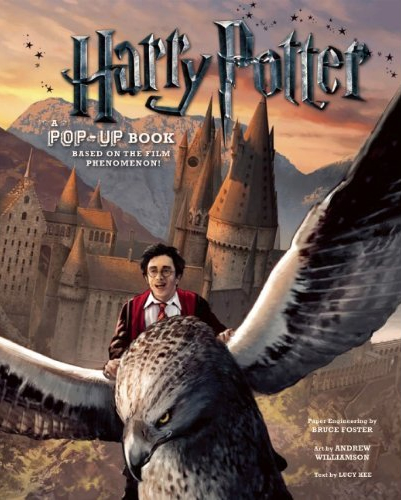 The Harry Potter series deserved its very own pop up book. The Harry Potter: A Pop-Up Book: Based on the Film Phenomenon does it justice, even though it is sort of a playground instead of a book, something meant to delight us rather than being read.

As soon as we open it, we can already imagine what we will find inside. The scenes from the Harry Potter movies (from the cemetery in Little Hangleton to Diagon Alley) unfold before our eyes us so we can examine them from various angles. Also, under hidden texts, there are even more pop ups of other objects and creatures, such as inferi, dementors and dragons.

The book manages to convey the atmosphere of the movies. In fact, since this is no ordinary book, it makes us feel like this is something taken straight out of the world that J.K. Rowling created. It reminds us of the books Harry normally reads in the movies, that are constantly changing, and also showing him a new, different world.

All in all, it is a nice item to have on our shelves and look at it every once in a while so we don’t forget the places where the adventures that we like to read so much about took place.